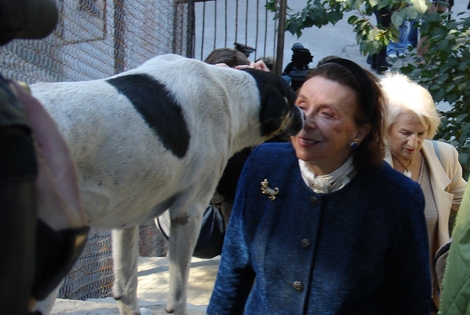 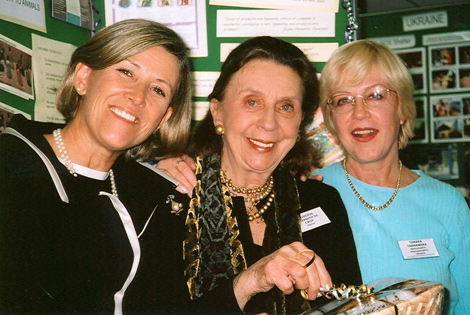 Sadly, Princess Elisabeth de Croÿ, one of our greatly valued Patrons, passed away on Monday18th May 2009.

Throughout her life, the Princess was dedicated to championing the animal welfare cause at every opportunity. Her royal status (a descendant of the kings of Hungary), helped open doors to meetings with important officials in many countries in order to help the animals. Her presence ensured that animal welfare groups gained media coverage, thereby drawing public attention to cruelty issues that would otherwise have been pushed to one side as unimportant in many countries.

Our relationship with the Princess began in 1995 when we first started working in Ukraine, a country for whose animals she was a powerful advocate. The Princess visited Ukraine with us many times and her presence ensured meetings with influential officials took place and always with positive results. It’s thanks to the Princess those first steps forward were made, eventually leading to the introduction of a humane stray control programme in the capital city of Kyiv in 2008. During her visits to Kyiv, the Princess always found time to visit several orphanages for whom she’d arranged the delivery of much-needed supplies, with the help of some of her influential friends.

Many years ago, her home in France became a safe haven for abandoned animals when the Princess founded the Refuge de Thiernay. Although she had staff to run her shelter, the Princess was out there every day helping to care for the dogs, cats and farm animals that ended up on her doorstep. Throughout her life, the Princess’s great strength, compassion and persistence helped prevent and end cruelty, as well as improving the quality of life for animals in many countries. She was a great lady, one in a million, who will be remembered and missed by everyone who knew and loved her, especially the animals.

Farewell Princess Elisabeth and thank you.