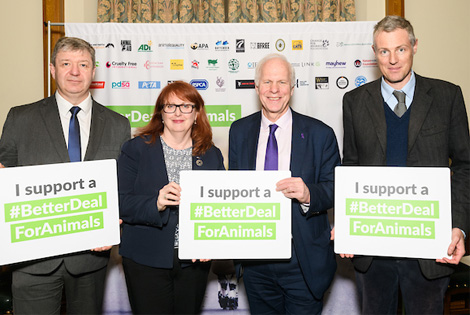 Working together in coalition seems something of an anathema in British politics but 36 of the UK’s leading animal protection organisations, have been doing just this to call for a #BetterDealForAnimals. 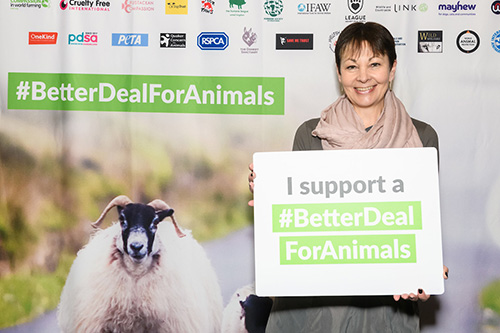 Naturewatch Foundation has been delighted to play our part in this important campaign to ensure that voiceless animals don’t suffer as a result of inaction as the UK leaves the EU. Under EU law, specifically Article 13 of the Lisbon Treaty, policy-makers are obliged to have regard to the welfare needs of animals when making policy because they are sentient beings. However, the UK government has been slow to publish proposals to replicate this law after Brexit.

What’s at risk? Agriculture trade laws, regulating hormone-treated animals and dairy; consideration of wildlife in infrastructure projects; and the standing of the UK as a leader in animal welfare are all at threat. 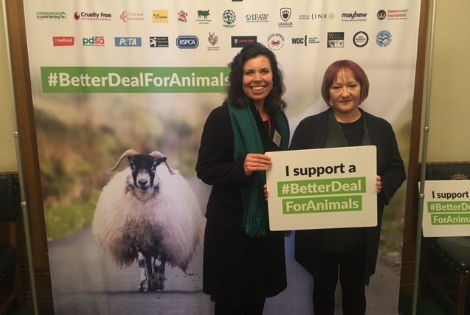 We now need your help!

To keep the momentum building and to ensure the government’s warm words are turned into UK law, we have launched an e-petition on the UK Parliament website.

The Wildlife and Countryside Coalition Group Link coordinates the #BetterDealForAnimals campaign. Naturewatch Foundation actively participates in the two of the Link work streams – the Welfare Strategy Group and the Wildlife Crime Working Group.  Even if animals don’t have a voice, the millions of supporters backing the combined 36 animal welfare charities do have a strong powerful voice and we will ensure it is heard! Thank you for all your help on this campaign! 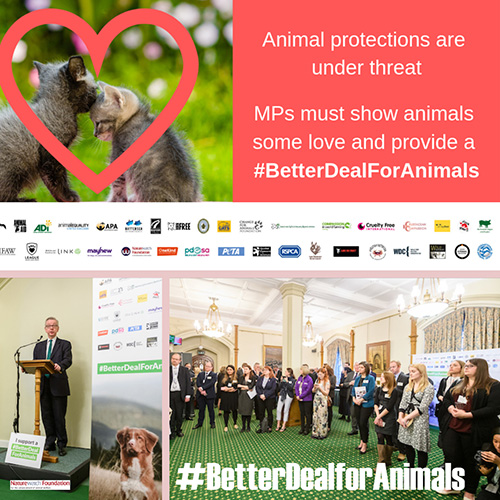