As media fascination with Brexit is surely at its pinnacle, you’d be forgiven for thinking nothing else is going on in the UK Parliament. Fortunately, behind the TV cameras, other important parliamentary work continues.

In fact, Tuesday (11 December 2018) was a pretty good day for animals in the House of Commons. Naturewatch Foundation staff member, Sarah Carr, was honoured to be there to witness the goings-on. Straight after the much-publicised debate on ‘leaving the EU’, and a famously withdrawn vote by the Prime Minister, MPs in the House of Commons switched focus and debated important proposals to ban the UK’s ivory trade. At the same time, a room in the House of Commons was packed to the rafters with animal welfare campaigners, brought together from across the UK, listening to stories of unsung heroes making a difference to both dogs and humans. 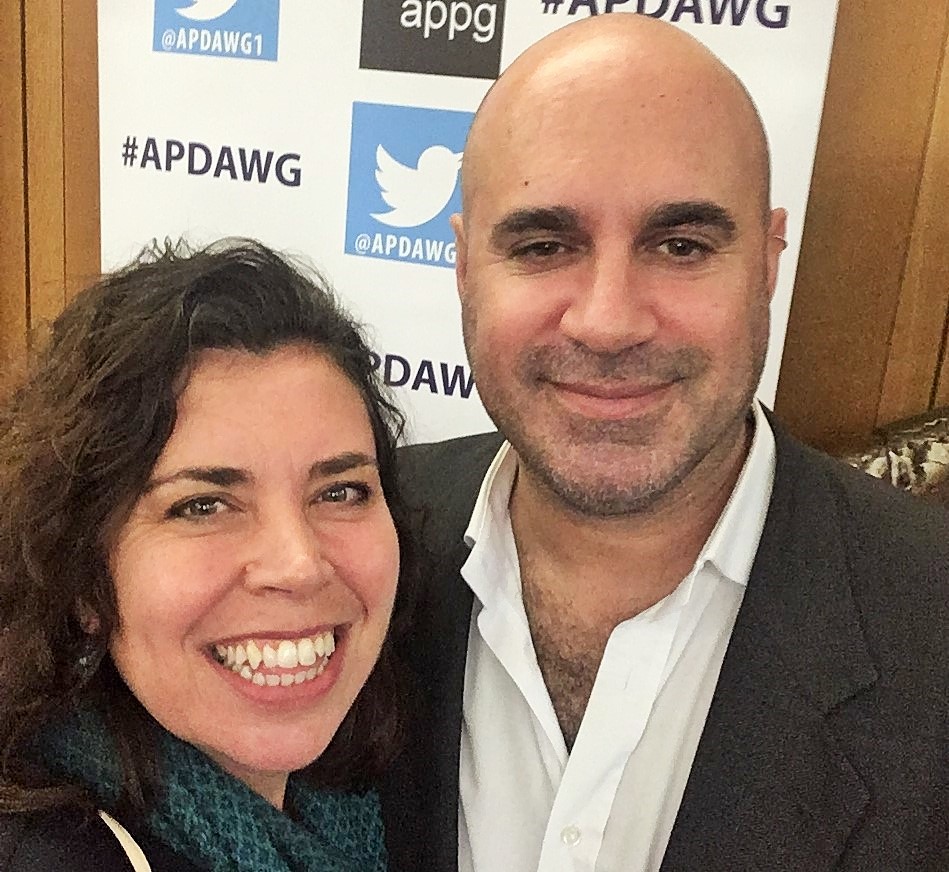 MP Dr Lisa Cameron dashed from speaking at the ivory debate in the Chamber of the House of Commons, to hear from and meet campaigners passionate about dog welfare. In the ivory debate, Dr Cameron spoke of how MPs are ‘working together to implement stringent measures to protect and conserve populations of elephants and other endangered species for future generations’.

Dr Cameron is Co-founder and Chairman of ‘APDAWG’, a subject group in parliament, which brings together MPs and Lords interested in a specific topic – there are more than 600 such groups. APDAWG stands for the All Party Parliamentary Dog Advisory Welfare Group https://apdawg.co.uk/. It was co-founded by vet and campaigner Marc Abraham in 2017 ‘to explore, highlight, discuss and challenge dog-related activities, legislation, and trends with the overall aim of improving the health and welfare of the UK's dogs and dog owners, and society in general’.

The APDAWG meeting on 11 December was extra special, as it featured an interview by actor and animal welfare campaigner Peter Egan, with 13-year-old Owen Howkins and his three-legged dog Haatchi. Owen suffers from the extremely rare condition Schwartz-Jampel Syndrome (SJS) and used to be painfully shy, never liking to interact with anyone outside of his family. But when Owen's parents adopted Anatolian Shepherd Haatchi, who had to have a leg amputated when he was hit by a train after being clubbed by thugs, Owen’s confidence suddenly grew, and his life was transformed – thanks to his new best friend. The interview was wonderful and, afterwards, Owen was presented with APDAWG's inaugural Philippa Robinson Award for Dog Welfare, in memory of phenomenal campaigner Philippa, who sadly lost her recent battle with cancer.

As well as being joined by legends Owen and Haatchi, the APDAWG meeting heard from other remarkable unsung heroes. In a packed agenda opened by Marc Abraham, Rachel Fuller spoke of her ‘Animal Requiem’, a concert to celebrate and honour all animals featuring soloist Alfie Boe, taking place on 31 January 2019. Next up to speak, C.A.R.I.A.D.‘s Linda Goodman updated attendees with progress on the campaign to bring Lucy’s Law to the Welsh Assembly – #LucyLaw4Wales. C.A.R.I.A.D. was originally created following peaceful protests against an application for a 196-dog ‘puppy farm’ in Carmarthenshire. The Welsh government have indicated their intention to consult in January on banning commercial third-party sale of puppies and kittens. 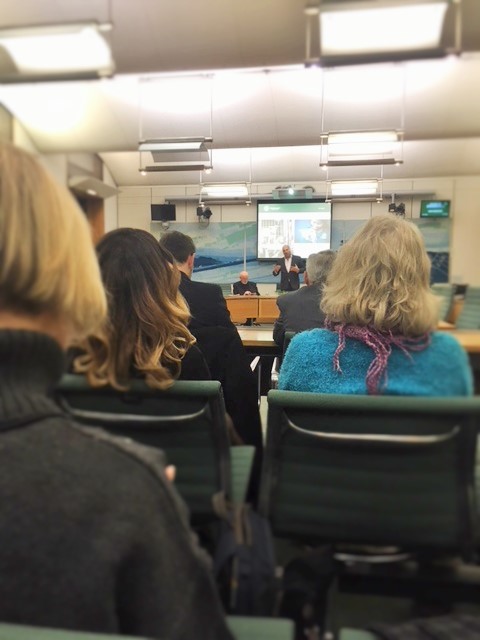 Clare Bass, from Humane Society International (HSI), spoke first-hand about rescuing and rehabilitating dogs from dog meat farms in South Korea, where more than three million dogs are killed for meat each year. Clare gave us hope that farmers are moving away from the industry, as an increasing number of young people in Korea are against it. Next up, Tracey Berridge talked about her fantastic charity, Dogs Helping Kids and its three-year training programme for their wonderful dogs working in schools.

The campaign for a memorial to honour military working dogs was next on the agenda. Emma Ward, from NMWDM, spoke of Lucky from the RAF Police, Theo from the Royal Army Veterinary Corps, RAF Police Mascot, Buster and Royal Navy Mascot Judy.

The final speaker was Eileen Jones, talking about her work rescuing and rehabilitating ex-puppy farm breeding dogs with her charity, Friends of the Animals Wales. 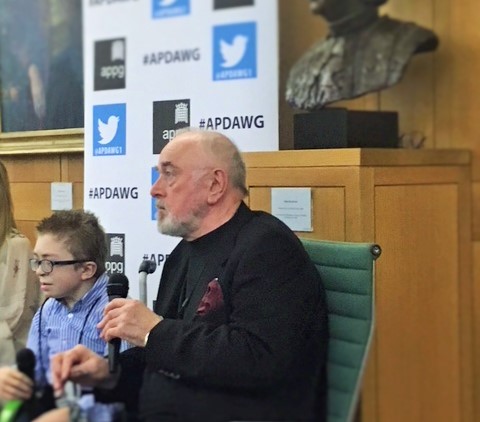 The event attendees were, as actor Peter Egan put it, ‘united in compassion’. Owen also got it right when he spoke of ‘inspiring people to treat dogs better’. Dr Cameron reassured attendees that she would campaign to ensure there is no haven for puppy farming anywhere in the UK.

Marc Abraham closed the emotional event, thanking everyone, including the MP David Hanson, Dr Lisa Cameron MP and Neil Parish MP (Chair of the influential Environmental, Food and Rural Affairs Select Committee), who participated in the meeting. It was a historic day in Parliament. The next meeting of APDAWG in February will focus on the important issues of dog theft and dogfighting.