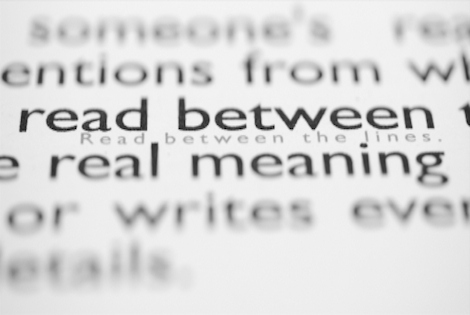 Do they or don’t they test on animals?

Here at Naturewatch, we are often asked by concerned members of the public to negotiate ambiguous letters from large multinational companies about whether their cosmetics, toiletries or household products are cruelty-free.

Why are companies claiming to be cruelty-free when Naturewatch claims they are not?

Clever wording is the answer to that and I hope this blog helps you to read between the lines of what these multinational companies are telling you.

Here are some examples of wording used by companies, stating they don’t test their products on animals:

"I can advise that **** does not use animals to test cosmetic products."

" **** is at the forefront of research to end animal testing, and has been using advanced computer models in its laboratories as efficient alternatives to test on animals.  Thanks to this research and development of alternative methods, **** was able to end all animal testing for products as early as 1989."

Naturally, quotes like these would suggest to most that the companies are cruelty-free, however, there is more to the story than meets the eye.

When a company claims they have not tested their products on animals for a number of years, they are absolutely right - the 'finished' products will not have been tested.  In fact, animal testing has been completely banned for all cosmetic products within the EU since 2004; and in March 2013 a complete ban came into force in the EU on the sale of cosmetics developed through animal testing anywhere in the world.  So, from now on, all newly-developed cosmetics and toiletries sold within the EU will not contain ingredients that were tested on animals after March 2013.

Great news, but don't be fooled! Large multinational companies like L’Oreal and Revlon continue to benefit from animal-tested ingredients in order to come up with that latest miracle cream to keep those outside of the EU looking young.

That means money you spend on cosmetics and toiletries from large multinational companies here in the EU could be used to fund animal testing for ingredients used in products sold outside of the EU.

Here’s a quote which, when first read, may lead you to believe neither their finished products nor their ingredients are tested on animals.

“ **** and its subsidiary businesses do not test any products or ingredients on animals, and do not commission others to do so on our behalf.

We realise that until satisfactory replacements are available, other businesses around the world will carry out some tests for their own particular products to meet regulatory requirements and protect public health.  These safety tests may sometimes involve ingredients of the type used in products which we manufacture and sell.”

In a very ambiguous way, the second paragraphs states they use ingredients that have been tested on animals, conducted by ‘other businesses’.

You know what these cosmetic companies are like- there is huge competition for them to create the next miracle cream with a new magic ingredient; and by law, all new ingredients must be tested for public safety. Sadly non-animal replacements for some tests have not yet been developed, plus some countries do not require non-animal alternatives to be considered before using animals, which is why animals are still being used outside of the EU.

Thankfully, our EU ban means these newly discovered ingredients won't find their way into products sold from our shelves, but that doesn't help the animals who were experimented on to test the safety of these ingredients.

Another cunning trick that companies use to pull the wool over your eyes is they omit to tell their customers about the animal testing policy of their parent company.  If a company is taken over by another larger company, dividends are paid to that larger company.

Take the Body Shop for example, who state they are "against animal testing".  They may well be against it, but it didn't stop them paying £40million in dividends to their parent company, L’Oreal, last year, which could well have been used to finance animal tests for the ingredients of L’Oreal’s ‘international’ product range.

To end my blog, here’s a little food for thought… In nine years’ time, when Europeans will have missed out on those newly developed ingredients for ten whole years, will everyone within the EU look comparatively old to those using the new miracle creams in America, China and Australia?  What a fascinating study to see whether the claims made by cosmetic giants really do work!