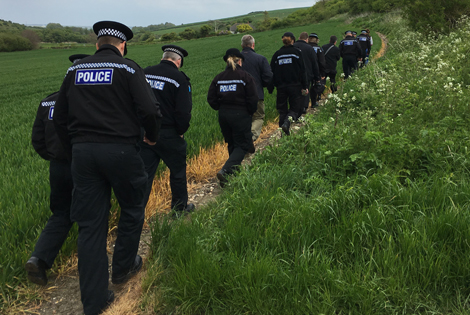 Dorset Police attended an accredited training course on badger persecution on 3 May, delivered by the Badger Trust and Naturewatch Foundation as a joint project to end badger crime.

Last year alone the Badger Trust received 624 reports relating to perceived badger crime, with Dorset being one of the top six locations that reported the most cases, which is why it has been identified as a priority area.

Naturewatch Foundation Campaign Director, Jennie Rudd stated: “Attending our training course is the first step towards reducing badger crime, and it shows the Dorset police are committed to tackling the problem. We are delighted to be working with the Badger Trust to deliver police training to forces in England and Wales and hope the training leads to more cases being brought before the courts.”

Badger baiting was first made illegal in 1835 under the Cruelty to Animals Act. Badgers have since been granted further protection by the Protection of Badgers Act 1992, and badger persecution has been classified as a priority for the past eight years by the National Wildlife Crime Unit.

Yet, the Badger Trust reports that badger baiting, sett disturbance and other forms of badger crime are commonplace across the UK.

CEO of the Badger Trust, Dominic Dyer, stated: “The badger is one of our most iconic wild animals but despite its protected status, it is subject to some of the worst persecution of any species in Britain today.

The police are on the front line of the battle against wildlife crime in Britain and the Badger Trust with the support of Naturewatch Foundation is ensuring wildlife crime officers across the country are provided with the necessary training and expertise to better understand the ecology and behaviour of badgers, and how to deal with badger related wildlife crime.

I am very pleased to be able to join the Naturewatch Foundation Campaign Director, Jennie Rudd, at the Dorset Police Headquarters in Dorchester today, to open this important badger crime training course for officers from the Dorset Constabulary.”

How you can help: Take action