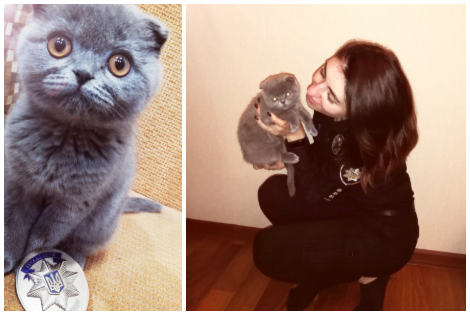 The story of a beautiful cat rescued by one of the police officers who attended our training in Dnipro in June 2019.

This beautiful city set on the banks of the Dniepr river was the scene of horrific serial killing in 2007 where 21 people were murdered by a group of 3 youths, who had grown up torturing street cats and dogs. The killings had naturally shocked the city and earned this group the title of the ‘Dnepropetrovsk Maniacs’.

This ‘Link’ between animal and human abuse forms the basis of our training to the police around the world. By taking animal crime seriously, not only will less animals be abused but communities will be made safer too.

The police officers in Ukraine were happy to take part in our training and the day was arranged with the help of The Head of Public Relations Department of the Patrol Police in the Dnipropetrovsk region, Ocheretyanaya Natalia Yurievna (Natalia).

Natalia says that “the work [of the police] is responsible, important, often have to stay late at night, but very interesting. I love my job for the opportunity to help people, to be useful to society.”

She tells us in her own words about Ellya. (This is a translation from the Ukrainian).

I had to visit a family in which the boy skipped school for no good reason. This family has difficult living conditions. The mother is raising three children, the school children help her with the housework (family has a large garden, and this earns a livelihood). And the family had cats. Beautiful, fluffy, cats. The woman told me she had to lose them because they barely make ends meet.”

Natalia says, “I've never had a pet. Due to the complex work schedule it is difficult to properly care for pets. But these balls of happiness had to be saved.”

Natalia says she took the female kittens. She kept only one, though. The one the children had named ‘Ellya’. Others were passed to friends and her parents.

Now, Natalia says she cannot imagine life without this fluffy pet. She had no idea that such happiness could fill her heart. Ellya is now a full member of her family. 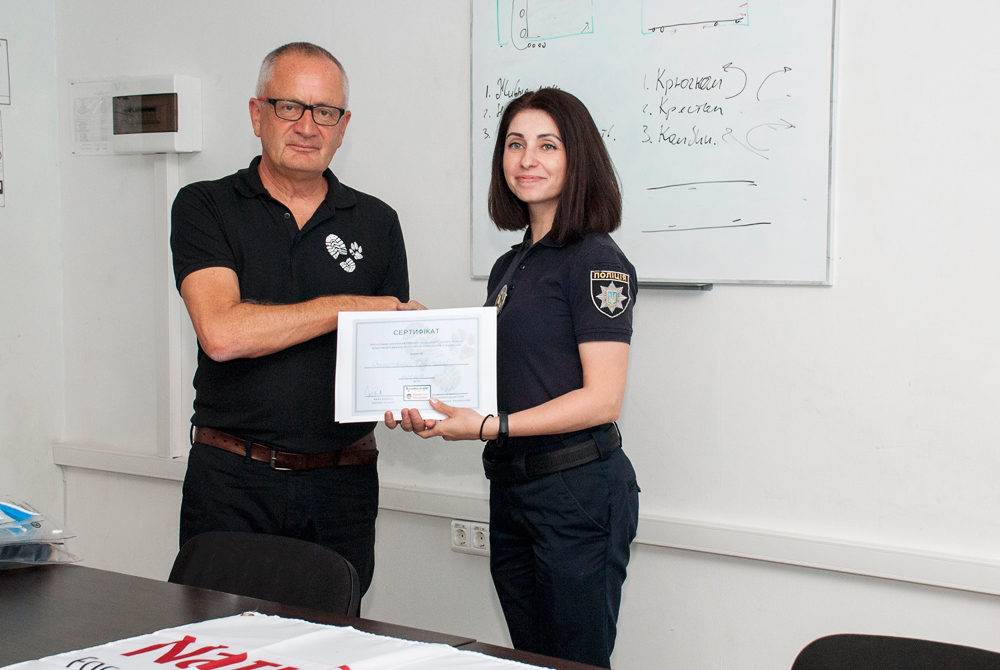 Animals matter. The police of Ukraine understand that, helped by the training we are giving them, and Natalia and others are happy to be part of World Animal Day 2019. We thank them for their caring and compassionate attitude to animals and with the help of the supporters of Naturewatch Foundation we can continue to help animals such as Ellya and help make communities safer for all animals