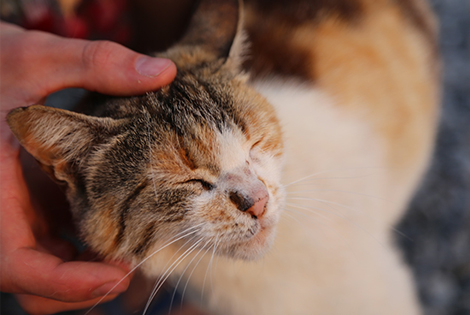 Fantastic news for animals in Ukraine!

UPDATE: On August 6th, 2021, President Zelensky of Ukraine signed Law 2351. It will take three months for it to become a major part of animal welfare history in the country.

Thank you to everyone who supported our campaign by contacting the Ukrainian government!

Campaigning for change for animals is about perseverance as much as anything else.

It is about professionally representing the interests of those that can’t speak for themselves to those responsible for making necessary welfare changes and, in turn, making animals safer from abuse and exploitation.

We were building huge progress across Ukraine with our training programme that had to be adapted due to the pandemic and so, for 2021, we created the ‘Hope for Animals’ campaign, to show that despite what was happening we would find a way to continue to help.

Law 2351 was drafted by lawyers we work with in our training and was a wide-ranging law that would cover issues such as using euthanasia as a method of regulating homeless animals, exploitation of wild animals in entertainment and the lowering of criminal responsibility for committing violence to animals. The latter, as anyone who has attended our training will know, is integral to preventing animal AND human abuse in the future.

In England and Wales, a new law can have three stages, in both the Commons and the Lords, plus committee and amendment stages before going for Royal Assent.

In Ukraine, there are just three.

The first reading of the Law 2351 was quite straightforward and then it became stuck. There is probably a technical term for this part, but that was what happened in reality. Various people have alternative views on the law and what it means - there are changes and amendments that need discussion but, often, it just gets buried and forgotten.

That’s where the campaigning comes in.

Lawyers represent, action groups demonstrate, and the supporters of Naturewatch Foundation write letters. We appeal through media and social media and, finally, the blockage goes, and the law is passed - if it all works as we would like.

With Law 2351, over 1500 incredible supporters of Naturewatch Foundation took valuable time to write letters to the Ukrainian Government to show that the world was watching and that they had a responsibility to make lives better for the animals.

We also wrote individual appeals to the most influential Deputies in the Government, even regularly appealing to the President directly.

We submitted evidence on why the age of criminal responsibility should be lowered, based on what we have learned and with our international experience of dealing with violence to animals.

As Campaign Manager for the Ukraine work, and the ‘Hope for Animals’ campaign this year, I can’t thank our supporters enough for writing those letters.

This has been a great campaign so far and we are just six months in:

We just need President Zelensky to sign the law and then there is real Hope for Animals.

Read about our work to end animal abuse in Ukraine.