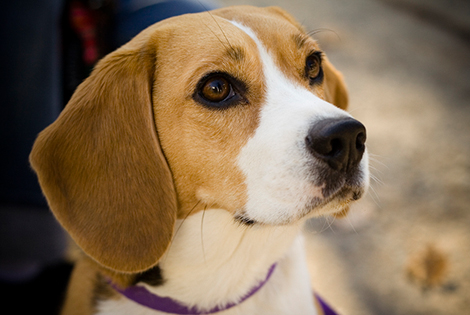 On 15th July 2015, B&K Universal, part of Marshall Bioresources, won an appeal to rebuild their Yorkshire dog facility. In the past B&K have held 200 beagles imported for experiments but with this result the company can begin to breed dogs on site for the first time. Their planning application was rejected twice by local Councillors before being approved by UK Government.

“The present B&K site is in need of modernisation. The proposed development will provide modern buildings that will be more conducive to providing suitable environmental enrichment for animals” (i)

But environmental enrichment was not the only motivation. The proposal allowed for expanding the site - estimates were for holding up to 2,500 beagles. The public objected, and the local Council planning committee refused the application, noting ethical concerns as well as the likelihood of noise levels affecting local residents. A new proposal, this time without expansion, was rejected on similar grounds, leading B&K to appeal to the UK Government.

Last week Greg Clark MP upheld that appeal. Mr Clark, Secretary of State for Communities & Local Government, waived through the application, overriding not only local representatives at East Riding Council, but also the public who had written to complain ‘in very large volume…from all over Britain and from many other parts of the world’. Mr Clark’s decision letter can be viewed and read here, and you can find your way quickly through the long document with our notes below.

The Department for Communities and Local Government decision

The Secretary of State addresses planning permission in his letter. Animal welfare was not part of his decision. In fact, Annex B19 (page 9) specifies that, as a condition of approving B&K’s application,

“No outdoor runs shall be created…”

“Provision of runs is a licensing matter and is not a planning related consideration. The recommendation in European Directive 2010/63/EU2 that dogs should ‘where possible’ be provided with outside runs has now been brought in to UK law”.

It goes on to explain,

“The appellants [B&K Universal] currently operate lawfully under licence from the Home Office, as the Competent Authority, without outside runs. The licence is the subject of regular review. As outside runs are not currently a requirement of the licence, there is no evidential basis on which to conclude that outside runs will be a condition of any future licence post-consent. These appeals must be determined on the basis that the licensing regime does, and will continue to, operate correctly. On this basis, outside runs are not required.

If the Home Office were to require outside runs as a consequence of the operation of the new proposed building for the keeping of dogs or other animals at some time as a condition of the licence in order to comply with the licensing regime in force from time to time, the appellants would not be able to comply with the terms of the licence and the proposed development could not operate. That is not considered to be likely but is, in any event, a matter of commercial risk for the operator and not a planning matter for determination at this appeal.”

At the same time, the guidance on Business & Enterprise which relates to research and testing using animals, available to read on the UK Government webpages, states that,

The Government is committed to the replacement, reduction, and refinement of the use of animals in research - the “3Rs”

The additional guidance on how the Home Office should apply the Animals (Scientific Procedures) Act when licensing sites that provide animal accommodation asks, at section 7.2:

What does ASPA require?

It must be ensured that:

According to Hansard, the record of parliamentary debates, in June 2014 Home Secretary Theresa May, (represented by Norman Baker), was asked about B&K Universal’s development plans:

Q: Grahame M. Morris: "To ask the Secretary of State for the Home Department what discussions her Department has had with B&K Universal Ltd, Yorkshire Evergreen or their associates about their planning application for a facility at Grimston, Yorkshire for the breeding of dogs and other animals for laboratory use in the last 12 months." [200260]

A: Norman Baker: "Home Office officials have advised B&K Universal Ltd of the requirements for the proposed facility of European Directive 2010/63/EU, which was implemented in the UK and other member states on 1 January 2013. Decisions on planning applications are a matter for the relevant local planning authority."

What we can do

At Naturewatch Foundation we believe that experiments on animals are wrong. We believe it’s wrong that the number of experiments in the UK has spiralled to over 4 million – the highest annual figure since 1981. We believe this represents a failure to meet Government’s 2014 pledge to reduce the use of animals in scientific research. Meanwhile all of the tests on animals are kept secret so we’ll never know how these beagles lived and finished their lives without hope. We believe it’s long past time for UK Government to repeal the ‘secrecy clause,’ Section 24 of the Animals (Scientific Procedures) Act.

If you feel the same, you can use the information about the Grimston B&K Planning Application to state your view. We’ve listed some suggestions for points you may want to include below in letters, and a list of people to write to. Please remember to write in your own words, letting your correspondent know about your beliefs and position. This will mean that the recipient needs to give each letter individual consideration before answering. You can share this blog post with anyone you know, and encourage them to research the subject and write off too.

Please keep copies of all of the letters you send and any you receive. You can scan or photograph all your correspondence and send to us by attaching to email sent to info@naturewatch.org, including ‘Grimston Beagles’ in the subject line of your message. Please make sure that your attachments are legible, but that file sizes are small.

Here are our top suggestions

Here are the points we’ll be making to Mr Clark, and our appeal on behalf of Grimston’s beagles:

We’re calling on Mr Clark to:

We’ll make the same points when we write to our MPs, and call on them to:

3.     A Member of the European Parliament for your region (Click the link to find your MEP)

We’ll make the same points again when we write to our MEPs, and ask them to:

We shall also make these points to the Animals in Science Regulation Unit, which issues licences for this site. We’ll ask them to: