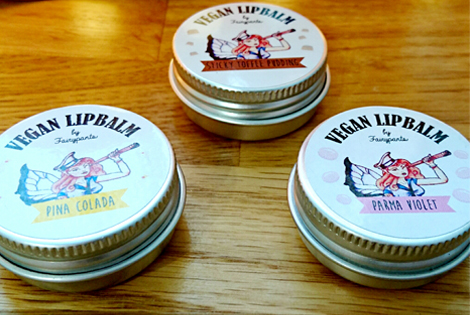 Recently, I took part in a study of young entrepreneurs and it revealed that only 1 in 3 is a woman!

With the gender pay gap still in existence and so many women still coming up against the so-called 'glass ceiling', it seems like the best way forward is to create your own glass ceiling and then smash it into smithereens. So that’s what I’m doing.

My name’s Natalie and I’m the owner of Fairypants. I started with a stall in Chester Market in 2009. After a few pity sales from my mates, it soon took off. In 2011 I started selling wholesale to businesses in the UK - they loved my lipbalms so much that they asked for more products, and my creativity was unleashed. Not all cosmetics are created equal. I’m biased, but I'd say that ours are the best.

I really, really love it when people buy the stuff I make. That sounds obvious - why wouldn't I love it? But when you've made something, you dreamed it, now you've made it real - and it's something quite unusual - when people start buying it, it's a validation like no other. The point of Fairypants is to create things you can't get elsewhere, and that means some of it is quite weird. So if other people want that weird thing too, it means my mind isn't as crazy as I sometimes think it is. 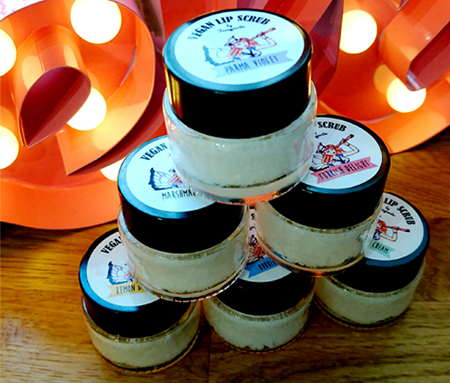 We specify that ALL our products are vegan, cruelty-free, and as natural as they can be, with no nasties. But companies as transparent as us are few and far between. We're really proud of the fact that we are totally cruelty-free and featured in the Naturewatch Compassionate Shopping Guide. All our ingredients are cruelty-free, and the final products are too. We do of course test products on willing human victims, but only once they've been checked over by our friendly lab technicians first. If you ever want to help us test stuff, keep your eyes peeled on our social media accounts as that’s where we’ll ask for help.

As well as being proudly cruelty-free, we’re also proudly Made in Britain. Way back when - Britain was a trade country, we traded our cotton for their tea, or our corn for their spices. Time moved on though, and the world changed. We lost some of our manufacturing power as it became faster and cheaper to produce things abroad. When I was a little girl, nearly every toy I owned was stamped with ‘Made In China’. So much so, I believed that’s where all toys were made, and always had been. A bit like Santa’s factory full of elves - maybe that was in China.

Nowadays we live in a throwaway society and our goods are increasingly cheaper. Stemming the tide is a new revolution - the British Made Revolution. Partly a move to protect our manufacturing heritage, and partly a wish to reduce carbon emissions by purchasing from within your own time zone. 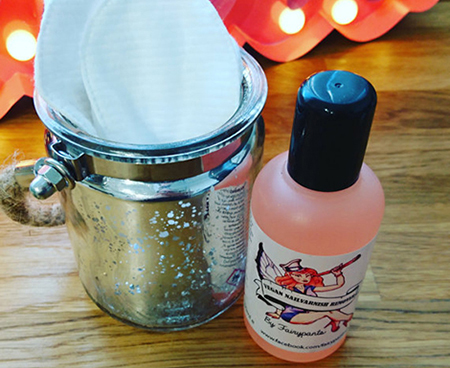 We, along with many other small businesses and sole traders, welcome this change wholeheartedly. We wear the ‘Made In Britain’ stamp with pride on our website, and we mention it wherever we can. To have something proudly made in Britain is still a badge of honour, it carries a prestige that not many other countries can match. Britain itself is so old that heritage is very important for brands, and it’s why fashion houses like Liberty and Mackintosh continue to do so well after all these years. When you buy a real Mac, you’re buying a slice of history – you’re weaving yourself into the very fabric of Britain. And this, to a lot of customers, is aspirational.

This British Revolution serves many purposes. It helps the environment – since you’re not shipping that designer handbag halfway across the world. It helps the economy – keeping your hard earned pound within the confines of these sceptered isles. It also boosts small businesses – since much of the treasure you’ll find online when you google ‘made in Britain’ will be from businesses such as ourselves, or even busy mums fitting in a crafting session around their children’s schedules. And really, if you’re going to line anyone else’s pockets with your cash, it’s better that it’s a small pocket that will put real food on the table of a real family, rather than a pocket with a hole in it linked to an offshore bank account.