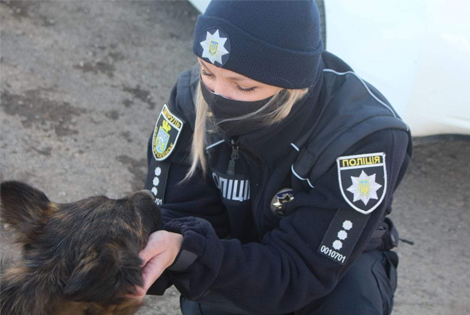 Meet the police officers of Ukraine

Not all police officers love animals but it is reasonable to expect that they at least treat cruelty with the seriousness it deserves.

In each city I visit on our programme, I meet some who go the extra distance for our four-legged friends.

I would like to introduce you to two officers from the Ivano-Frankivsk region, a city in the Carpathian Mountains of Ukraine.

With our training, it is vital to have the help of officers who understand why helping animals is such an important issue for their community. 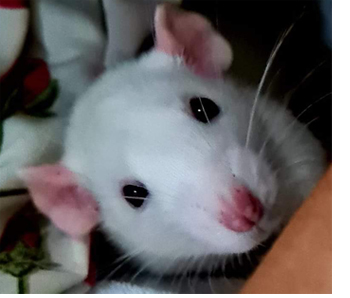 She has been with the police for five years, works with school children and the community and is expert with the use of firearms.

She tells me she wants to help people and change her city to become safer.

Oleksandra rescued three little puppies near to the garbage bin and kept them warm in her jacket until they could be taken to a vet.

She often meets street dogs in her patrol duties and, when she gets home, has two pet rats (called Rick and Motry) to care for.

Also in Ivano-Frankivsk is Olena who, like Oleksandra, has been a police officer for five years.

Until 2014 she lived in Crimea, a part of Ukraine invaded by Russia. She had to leave and, in 2015, joined the Ukrainian police to make something new for her country. 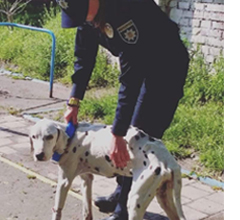 Olena has been a vegetarian for 15 years and tries to help all animals - dogs, cats, birds and even bears that sadly are often kept in poor conditions in the mountains.

When her duties allow, she campaigns to make lives better for all animals, especially the animals trapped in circuses across the country.

Oleksandr and Olena are just two of the officers that really offer hope for the future.

With them caring for the abused victims in society, the future looks very positive.

Show them they're appreciated

Please join me by thanking them for their efforts.

Police officers don’t earn much in Ukraine – they are motivated by changing society and making their communities safer for all, particularly the vulnerable. Children have shown that they too are inspired by their positive relationships with animals.

We ask that you send a short message of gratitude and hope to police officers or children in Ukraine, and we will ensure they are passed on.

Read more about our campaign to stop animal abuse in Ukraine.