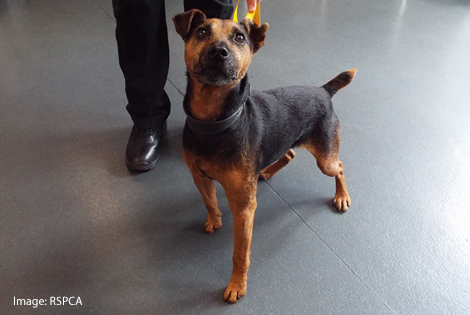 Due to the fantastic work carried out by our Naturewatch Foundation Investigations Team and the diligence of the RPSCA Inspector, Robert Lashley from Northumberland is banned from keeping animals for 10 years. Plus, he has been fined £550 and ordered to pay £400 costs.

Following our investigations, we sent the RSPCA an evidence pack about Robert Lashley in relation to injuries his dog, Bash, had sustained to the mouth and jaw, which had not received veterinary treatment.

Our intelligence led to the RSPCA investigating the case with the Northumbria Police.

The RSPCA inspector who led the investigation said: “I found Bash, a black and tan terrier with an injury to his lower right jaw - it looked sore and in need of veterinary treatment. Lashley claimed a friend had taken Bash to receive treatment but there were no such records, nor could the veterinary staff remember a dog being brought into the surgery with such injuries.”

We’re delighted to report that Bash’s wound healed well, and he has since found a loving new home through the RSPCA’s Great Ayton animal centre.

Our Investigations Team could not carry out their covert investigations without your continued support – this is a happy ending story that you have played a part in, so on behalf of Bash and us, we want to shout a BIG thank you to you!

Read about the work of our covert Investigations Team.