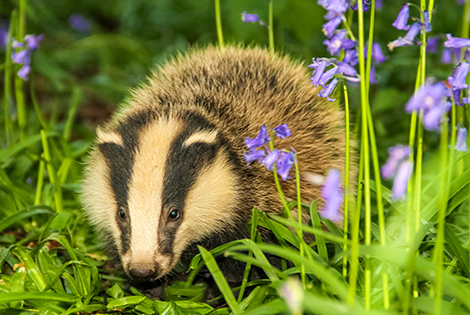 We have National Dog Day to celebrate being a nation of dog lovers.

We’ve even got a National Bagel Day to appreciate the dough!

Many of us held events to celebrate our beautiful wild natives, but the harsh reality is that police and other investigative organisations across the UK continued to investigate those who choose to persecute badgers in barbaric ways.

So, why is there a national day to celebrate an animal that is probably the most persecuted wild animal in Britain today?

I remember vividly a case where a badger digger had a host of badger heads in their freezer from their days spent inflicting such suffering on the very animal they now kept parts of as trophies.

Their dogs would be scarred, beyond almost breed recognition. Clearly, the level of suffering inflicted on both dogs and badgers was irrelevant to those causing it.

Badger baiting/digging is not a sport - it’s a barbaric activity carried out by those with no inclination to think twice about the pain and suffering caused.

Here at Naturewatch Foundation, we run covert investigations into wildlife crime, with our #Hero4Wildlife hotline being the first port of call to give any information of named people involved in the persecution of wildlife.

Our investigators then look into the leads provided, producing intelligence packs to forward to prosecuting bodies for their next course of action.

On National Badger Day, I visited our friends at Cuan Wildlife Rescue in Shropshire to see how they rehabilitate badgers that find themselves in their care, as well as the many wild animals they take in each year for rehabilitation and release.

These are just a few of the beautiful animals I was privileged to meet...

I think it’s vital in a world where so much negativity is shared across the media, we refocus our time on the positives, and celebrate the organisations that work so hard to protect our badgers.

If you are ever lucky enough to see a badger in the wild, appreciate the beauty, appreciate their innocence, and hope that one day they can go about their lives without the constant threat of persecution by man.

I live with that hope.