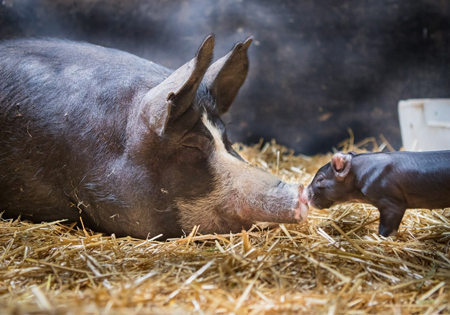 Stories of hope for animals this Christmas…

At Christmas time, the team at Naturewatch Foundation like to reflect on some of the ways that animals have been helped this year.

2020 has been a tough year, but there have still been successes!

We wanted to share with you some stories of hope and healing this Christmas. Let’s keep the momentum going for 2021 and make it an even better year for animals.

Where there are kind people who care about animals, there is hope.

Slow loris Mila was enjoying a stroll in the beautiful Sumatran forest when he was suddenly electrocuted. He had touched new, high-voltage electricity cabling.

Although wonderful that another village in the forest can have the luxury of electricity, the cabling is extremely dangerous for slow loris and their wildlife friends. In shock and with burn wounds Mila fell to the ground, where one of the workers of the Indonesian Electricity company found him.

Mila was taken to the Sumatra Wildlife Centre - operated by the Jakarta Animal Aid Network (JAAN) - where the organisation’s team took good care of him and his wounds slowly healed. 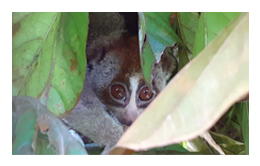 Mila has been released back to the wild in a safe area and JAAN is working with the electricity company to find a solution to this problem.

Carol and her piglets finding safety at Edgar’s Mission

‘Twas a cold and rainy Christmas night when doting mother, Carol, gave birth to seven little piglets. Facing the most inhospitable of circumstances in a barren pound yard, only three of her babies survived despite her best efforts (main image, above).

But then they found kindness and a warm straw bed at Edgar’s Mission Farm Sanctuary, a place where they were cherished and seen as the quirky individuals they are.

Four years later, the family is still together and enjoy belly rubs and wallowing in the mud to keep cool. They are the lucky ones.

Carol and her piglets still live and thrive at the sanctuary today! 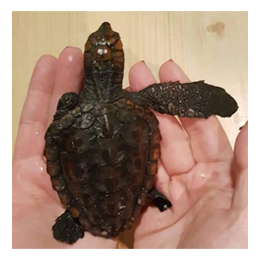 Nemo, a small loggerhead sea turtle, was found on an Egyptian shore in February 2020 by a fisherman, weak and dehydrated, with a missing fin.

He tried to release him, but he couldn’t swim! So he posted on Facebook asking for help.

Mau Hamada, one of our World Animal Day Ambassadors, contacted him and took the turtle. She began Nemo’s rehabilitation with a healthy diet, sunbathing, water adjustments and physiotherapy. 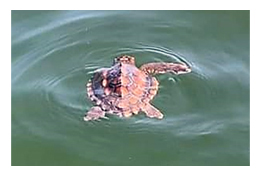 Nemo regained his strength, grew in size and put on weight. Finally, after eight months of care and rehabilitation, he was ready to be released!

Nemo was released in mid-October this year.

Rescuing a vulnerable kitten from a forest fire in Ukraine

In September and October of this year, forest fires broke out from Stanytsia Luhanska to Severodonetsk. As a result of the fires, five people sadly lost their lives and 10 were hospitalised. 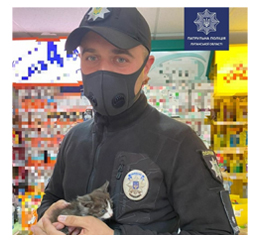 As we know though, it is not just people that get caught up in these tragic events.

Through our training programmes with police forces in Ukraine, we stress the importance of animals in the community, so it was wonderful to see one of the patrol officers saving a kitten from the blaze and taking it to the local veterinary surgery, where it could be treated and returned home.

We trained both the police and animal volunteers in Chernivtsi in June 2019. After our training they began working closely together to catch abusers and help find good homes for rescue pets, at the same time reminding people of their responsibilities. 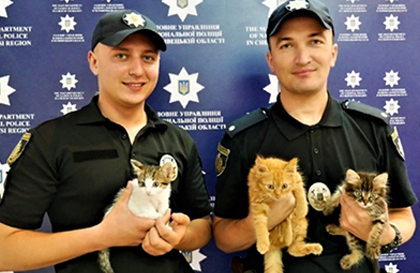 This year, the police and others held a special event in the city centre and found homes for several kittens.

When the police are seen to be compassionate and take animal ownership seriously, that message can spread to vulnerable human members of society.

Now these kittens will have safe Christmases with new families!

Each of our campaigns of course involve the team at Naturewatch Foundation to help make a difference, but the most important component of their success is public support and participation.

Helping animals can take many forms, from actively campaigning, contacting your local MP, signing petitions, and sharing on social media.

It is also important to look at our buying habits, to make sure we all make informed choices, particularly when thinking about bringing a dog into our families.

Here are some more ways we aim to help animals in 2021, and how YOU can join in too!

Over three million animals are still used in animal experiments in the UK every year. Whilst numbers have been very slowly reducing, quicker action by governments is urgently required to switch research to modern non-animal tests.

Some lab animals have never known the outside of a cage and others, such non-human primates, are captured into a life of suffering.

Rats are just one of the many species used in cruel animal tests, they are intelligent and sentient animals. Let’s make non-animal testing methods the norm! 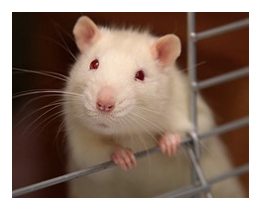 In 2021, we will focus our work in fulfilling the wishes of the millions of imprisoned lab animals.

Our new and improved printed Compassionate Shopping Guide is also coming in 2021, so it will be easier than ever to find cruelty-free products and decrease the demand for animal tests. Keep your eyes peeled , or sign up for our e-newsletter for updates!

Every dog deserves a warm and happy home. And yet, hundreds of thousands of puppies begin their lives on cruel puppy farms.

Often no more than puppy factories, the puppies’ mums are treated as breeding machines.

If you are thinking about getting a puppy, do your research to avoid funding cruel puppy farming operations like this one... 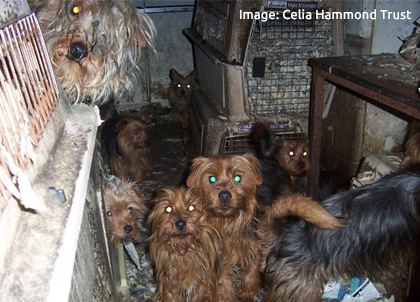 The introduction of Lucy’s Law in England (and hopefully soon in Wales and Scotland) which bans the third-party sale of pups, is brilliant. However, criminal gangs and those intent on ignoring the law, are making huge profits from the demand for puppies during the pandemic.

Our puppy farming campaign is focused on reporting, public awareness, and law change. An adoring dog's Christmas wish may be love, food and shelter - let’s all make it come true in 2021.

Helping to keep badgers and their families safe in 2021

Christmas is a special time of year for so many people, a time for peace and hope for so many families.

This life of happiness, peace and tranquillity should also apply to the badger and its family as they go about their lives and spend time safely in their homes, with the heavily pregnant sows awaiting the arrival of their cubs in the spring.

Unfortunately, their peace, tranquillity and hopes of a safe world to raise their offspring is all too often disturbed and threatened by the badger baiters at this time of year, not least because like any mother the sow will be more vulnerable in the sett and once the cubs are born, like any mother fiercely protective of her children. 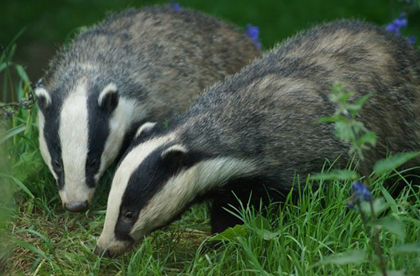 Christmas is a time that you can help by supporting our bespoke cybercrime investigations into the badger baiters, by naming and shaming them by contacting our Animal Crime Manager, Andy Swinburne on 07932185373 or email at andrew@naturewatch.org.

Our investigations team will do the rest.

Let's help the badgers have a safe Christmas and New Year!

And last, but not least of all, we'd like to thank the wonderful supporters and volunteers who have supported our campaigns this year.

We would also like to thank all the brilliant first responders for rescuing animals and looking out for the vulnerable, furry members of society!

Working together, we can achieve so much, including raising the profile of all animals and helping make their wishes come true.

We wish you all a Merry Christmas and a happy 2021!