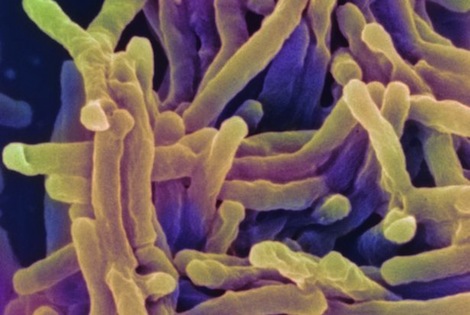 TB Meat or Not TB, That Is the Question - The Answer? Who Knows…

Fresh from the horsemeat scandal, DEFRA has found itself in a new controversy, having again failed the British consumer in food traceability and labelling.  Echoing the views of Naturewatch,  The Sunday Times exposed a story that affects all of us, the public now knows that over 20,000 cattle infected with bovine tuberculosis (TB) enter the food chain in the UK each year, and the government doesn't know where they go, where they are sold, and who is eating them.
This means you could be tucking into some TB infected meat right now, as could your family, your friends, your children - at home, at school, at hospital, from the local take away. Like I said... who knows.

Badgers are about to be slaughtered in their thousands as a scapegoat resolution to stop the spread of bTB in our herds. The real paradox is that the government has been harking on about the dangers of bTB to farmers, slaughter house workers and consumers as one of many false excuses to justify a badger cull, yet today they are exposed as selling infected meat straight into the food chain, not following the advice of the Food Standards Agency re labelling or treating, not tracking the final destinations of the infected meat and seemingly seeing no issue with then having the nerve to say badgers should be killed for the health of the nation.

You would imagine there'd be extensive testing before deeming it fit for human consumption though, right? No... alas not - it seems just a visual check suffices based on lesions seen, and even if the carcass has one visible lesion it is still approved for sale as food. Yum.
In truth the risk to humans is low, but you can catch TB from eating raw or undercooked meat from TB infected cattle. We feel that, especially following the horse meat scandal, consumers should be able to make an informed choice - just like in the US, or in Germany, where clear labelling rules apply for infected meat and cooking instructions state it should not be consumed in a raw undercooked state.

After all, as taxpayers and consumers we would reasonably expect that if the Food Standards Agency's Microbiological Food Safety Committee recommend to the government that they reduce the risk to the public of consuming TB meat by placing it in cold storage, taking culture tests to trace TB lesions not visible to human eye, plus heat treating the meat to kill off all traces of TB before it enters the food chain, then they should take note, and most of all - they should tell us.
Naturewatch as well as Care for the Wild are profoundly against the badger cull, as it is sure not to solve the issue - we are instead advocating a combination of enhanced bio-security, stronger management of cattle movements and a badger vaccination programme. Our voice is not a lone one though - all leading scientists (including the government's own scientists that conducted a 10 year trial on badger culling), many animal welfare organisations, numerous farmers, the majority of MPs, the vast majority of the public, and even leading vets all say that the culling of badgers is pointless.

If you're thinking now there's even more reason to kill the badgers to eradicate the world of bTB, you couldn't be further from the truth - it's called bovine TB for a reason. You could kill every single badger in the country and you will still have bTB - killing an estimated 70% of them (as the cull plans to do) for an at best 16% reduction is ludicrous.

Kill the cull - it will give more time and more money for Defra to do some of their own internal culling, and get their house in order.

What you can do?

Now it’s been announced that culling is planned to commence this summer, if you only have time to send one letter please make sure it's to Defra.

Click here for a sample email/letter [pdf] you can send.

Please write to your MP and let him/her know how angry you are that the DEFRA decision goes against a mountain of powerful scientific evidence that proves shooting badgers will have little impact in controlling TB among cattle herds.  It's simply a knee-jerk response to keep the farmers happy that will make the situation much worse.

Click here for a sample email/letter [pdf] you can send. Contact details for your MP can be found here.

Send a letter to the editor of your local paper to help raise public awareness and ask everyone who is against the cull to write to visit our website and get involved.  Please feel free to use information published on our website to help you.

Please use all social media avenues available to you to ask everyone who is against the cull to help spread the message far and wide.  Together we can speak up for the badgers and make their voice heard.