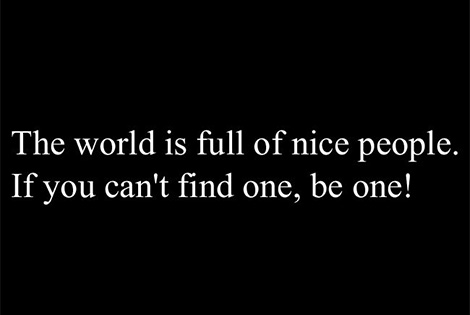 The Forgotten Victims of the Conflict in Ukraine

Reports of the conflict in the Ukraine are making global headlines every day, including stories of political struggles, military action and people in crisis. These times are critical and very difficult for the people here.

The Ukrainian people are understandably thinking about our own lives, our own future and the future of our families, but there are others that are being forgotten - the animals.

Currently, the most difficult situation is in Crimea where, since Russia has taken control, six nature reserves have been left without anyone caring for the animals. Local citizens fear that the people who now control Crimea will turn these reserves, which are meant to be protected areas for wildlife, into game reserves used for hunting and building their private cottages to the detriment of the animals who live there.

Many Ukrainians have now left Crimea and moved to continental Ukraine, where the situation is not as dire, but they have been forced to abandon their pets and the other animals in their care. There are however, a small group of animal activists in Crimea who could not abandon their animals, so they have stayed, though it is becoming more and more difficult to do any animal welfare work. Nobody has the money to spay/neuter their pets and strays, and animal related issues in Crimea are seen as a very low priority.

In the continental part of Ukraine, people are still doing the best they can for the animals.  In many cities and towns the overall situation is calm, but it is dangerous in city centers where conflicts take place and in the Donetsk region, where it is a war zone, people have been evacuated and no one knows how many animals have been abandoned. The main difficulty that non-governmental organisations (NGOs) and animal activists face is the financial crisis.  All municipal animal welfare and animal control establishments now only receive funding for salaries and nothing else.  The result is that zoos and shelters do not have the funds to buy food, medicines or basic supplies for their animals.

The Kharkov Municipal Animal Shelter for stray animals has been forced to take out several bank loans to cover expenses for catching stray dogs and for medicine. The Manager of the Municipal Lutsk Shelter is using her own money to purchase fuel for catching stray dogs and for veterinary medicine.  And besides helping the Ukrainian army buy necessary equipment and food, local citizens have donated bags of food and thousands of gryvnas (local currency) to zoos and local shelters.

It was extremely touching to see more than a thousand people queuing in front of Kharkov Zoo the day after the zoo asked for help to buy food for the animals.  Some people brought bags of vegetables; others could only afford to buy a couple of tickets to support the zoo, and one old farmer brought big bags of hay.  Kharkovers love their zoo and support those in need.

So, while the news is not all bad, regardless of the lack of finances and the continuous fear for our future, this support from individuals cannot continue indefinitely.

There has been support from Naturewatch Foundation who set up an emergency appeal to help the animals in Kharkov and who continue to fund the spay/ neuter programme for low-income pet owners, which has helped over 300 dogs. To help both the animals and local children who need help, I also arranged for two groups of children from a local orphanage to visit Kharkov Zoo.  The first visit was to help the zoo financially in the form of tickets for the children, bought by the company I work for full time. During the second visit, the children, their teachers and I volunteered to work with zoo keepers to help clear and garden in the zoo grounds.  It was great fun for us all and, hopefully, a significant help for the zoo.  Following our visit, a teacher at the orphanage expressed a keen interest in the zoo’s education programme for children.  So, there is a hope that more children will grow up to be humane and care for animals. Although it might not seem like the best time to conduct educational events, ‘Together’, a NGO that I volunteer for, also held two “Lessons of Kindness” in a boarding school for special needs children, teaching them about animals and how to care for them. The children make a wonderful audience.  I can only hope that when they grow up they will continue to be as kind, generous and caring as they are now.

Naturewatch Foundation also financially supports the Humane Education Project, a nationwide animal education project for school children run by Sasha Bogachyk of the Bila Tserkva Society for the Protection of Animals, which has just successfully completed the first stage of the project and is continuing its work. The Bila Tserkva Society, has done fantastic work to control the stray dog population, and the local authority has agreed to finance the sterilization of dogs and promised to start work to create a Municipal Animal Shelter.  Bila Tserkva is a town in central Ukraine about 80 km south of Kiev with a population of about 220 thousand and is still relatively stable. Our hope is that this work can continue if the situation in Ukraine escalates.

This significant time in Ukrainian history seems to be another challenge for animal welfare NGOs. We are worried and tired, but the animals we care for have no one but us, so we have no choice but to keep on helping them whatever it takes. Spring has brought its usual problems for shelters and animal fosterers – lots of abandoned newborn kittens and puppies.  However, this time there is a new problem, a lack of money to help these animals.

Most animal welfare NGOs are faced by the challenge every day of operating in Ukraine during this crisis.  We are doing our best to gather enough donations for the treatment of animals in need, but as more animals need our help, more funds are needed.   Despite the uncertainty of our future, it is amazing to see Ukrainians pulling together and helping those in need.  I am inspired by the compassion in the next generation and I am confident that they will look after our animals into the future.

We are also hopeful that with Ukraine’s newly elected president, Petro Poroshenko, there will be a new working system of public control, which will include renewed support of animal shelters.

For more information on Naturewatch's efforts to help the animals in Ukraine, visit our Emergency Appeal page.