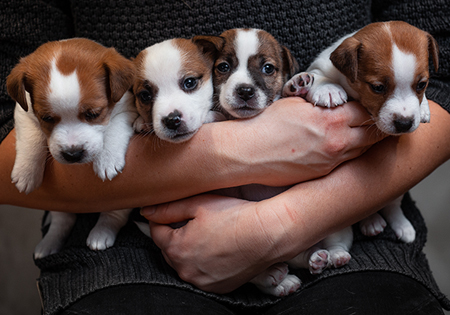 Together, we are stopping rogue puppy dealers in their tracks

It is truly wonderful to share our homes and lives with animals. We are fortunate to have our lovely dogs in the office with us!

During lockdown, when the Government has instructed us to work from home, we have got to see our colleagues’ inquisitive cats too, as they try to help us work.

We wish we could say that all animals have been loved during the pandemic but, sadly, it’s been heartbreaking to read about the cruel exploitation of animals – just for profit.

However, we are delighted that, with the help of our supporters, we have been able to continue making a huge difference for animals in 2020.

This includes shutting down illegal dog breeders via our #Hotline4Puppies reporting project!

Our puppy farming hotline has delivered real action since its launch in 2019!

From a huge increase in reports to our own hotline and from meetings with other rescue charities and enforcement bodies, we know that 2020 saw a spike in, often dubious, puppy sales and imports.

Unfortunately, some people ignore dog breeding laws and act criminally. They know that the financial penalties and prison sentencing for animal cruelty is still very low, compared to the huge profits they can make in breeding and smuggling innocent dogs.

We were able to ramp up our work tackling illegal puppy farming during the Coronavirus pandemic, thanks to our supporters.

During the first lockdown, internet searches for ‘puppies near me’ went up by 650%!

Sadly, thousands of people have been caught out by profiteers and criminals, who have been exploiting animals in the pandemic...

An advert for a puppy may initially look legitimate, but with some trained internet research, the seller’s cover is easily blown and the long, lonely journey of the smuggled, scared pup is exposed.

We’d like to share three real case studies from over 700 reports received by our Animal Crime Manager. 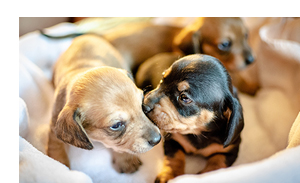 Our investigators researched a report of illegal dog breeding from a third-floor flat and supplied witness statements to Trading Standards.

A young couple (with a baby and a toddler) were back-to-back breeding three female Dachshunds over a two-year period. They mated one Dachshund at only nine or ten months old, and then again as soon as she had her next season.

The result: The breeder admitted to committing an offence under The Animal Welfare Act 2006 and is no longer breeding dogs. 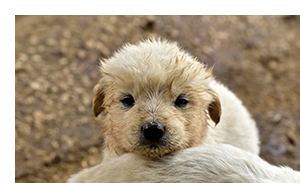 Our investigations of a person selling puppies illegally via Facebook, led to confirmation of puppy sales, exposure of the seller’s identity, and a report to the local Council.

The result: The Council confirmed the seller did not have a licence for breeding dogs. The seller claimed ignorance of the law and said that they would cease breeding. 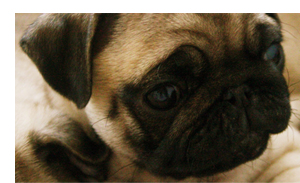 Following a call to our hotline, our investigator identified a dog breeding business that was importing pugs from Russia.

Puppy adverts were found going back several years and a report was sent to the Council.

The result: The Council was unaware of the business and has sent them paperwork to apply for a licence. The investigated party claimed they were currently not breeding but are now being monitored.

One Borough Council Cabinet member said, “Thanks to the diligent work of our Trading Standards team and the Naturewatch Foundation, there is one less illegal dog breeder operating in our borough.”

Our covert investigations and animal crime staff will continue to work hard, following any leads they receive from concerned members of the public.

What is illegal dog breeding?

How to spot a puppy farmer

Report it! Do you suspect someone is involved in illegal puppy farming or breaching animal welfare standards in the breeding of dogs?