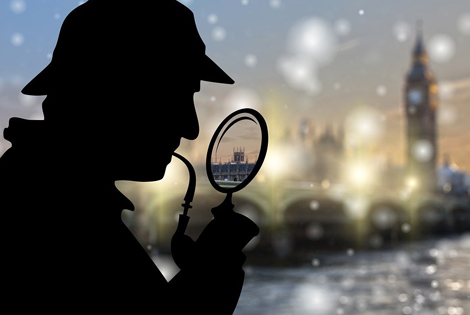 Why are laws on animal protection not being adopted in Ukraine?

Since then, the relatively low legislative standards for the treatment of animals have not changed.

There are currently several important animal law bills before the Government in Ukraine, yet there is a blockage. These law papers have been written to address severe issues that affect not only animals, but humans too, and (in many cases) whole communities.

We know that where there are poor animal welfare standards, and where there is animal abuse and exploitation, society suffers; domestic violence, child abuse increases, and other crimes proliferate.

So why are these animal laws not passing through the system?

Surely that would be the wish of every Government - to help create safer communities for everyone.

As an ex-British Detective, who trains police around the world, I am reminded of the most famous detective of all, Sherlock Holmes, who stated, “When you have eliminated the impossible, whatever remains, however improbable, must be the truth.”

If you remove possible excuses, such as “Too busy” or “Covid-19” or “Waiting for the next election” then what remains is Moriarty, pulling in the opposite direction.

Who or what is “Moriarty”?

In the novels from Sir Arthur Conan-Doyle, he is a Machiavellian criminal mastermind - cunning, scheming and unscrupulous.

But this is about helping animals and keeping children safe from abuse. Who could possibly want to undermine anything that doesn’t want to help the vulnerable in society?

Let me look at the laws in question and, using my background working on criminal motivation, try and find the answer.

From my police experience, my hypothesis would be that this may be about power, control and money.

Is there undue influence from those that gain from these industries such as hunting or foie gras production? There is also a good deal of money involved in stray management. Often, Municipality funds are linked to the reduction of strays and, of course, mass euthanasia is easier and faster than humane spay/neuter and adoption programmes.

Ukraine leads Europe with the strongest jail terms for animal abusers. Ukraine is also one of very few countries that recognises the impact of animal abuse of children under Part 3 of Article 299 of the Criminal Code.

That leading voice is lost though, if these other laws don’t progress, are not voted on.

There is a danger that the world sees the Ukrainian system of passing new laws as “murky” or capable of being unfairly influenced by criminal motivation.

These draft bills represent a turning point in how the country is perceived around the world.

Pass them and rightly, Ukraine will be seen as a humane leader for 2021.

Find out what we're doing to help stop animal abuse in Ukraine.