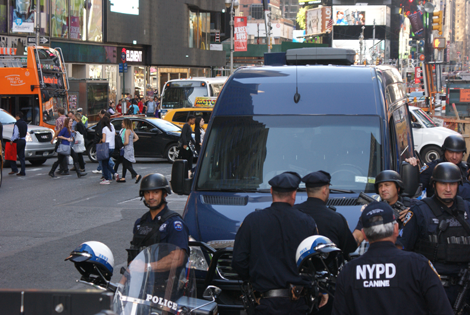 My background, before investigating and working on animal cruelty cases, is with the UK Police and, most recently, with the Special Branch (the department responsible for counter-terrorism).

I now run training programmes for Naturewatch Foundation – mostly in Ukraine but also, at the end of 2019, in Italy and Canada. I talk about individual cases as I feel that method resonates most with law enforcement officials. There are many cases around the world that show how violence against animals and violence against people are interconnected.

As an example, this is the case of Gregory Lepsky…

In 2018, Lepsky was sentenced to 16 years in prison for planning to construct and use a pressure cooker bomb in New York, on behalf of the Islamic State of Iraq and al-Sham (also known as ISIS).

In February 2017, Lepsky was arrested in connection with an incident that occurred in the family home. Following his arrest, law enforcement officers searched his house and found a new pressure cooker stored in bubble wrap. As they dug deeper, they looked at computers, and other digital evidence, and found evidence of his plan to build and detonate a bomb as part of his support for ISIS. He had stated in some of his social media communication that he would, if necessary, become a martyr to the cause. The police officers also found detailed instructions on how to build a bomb.

But what was the incident at the family home that led the police to carry out a search?

He had threatened to kill his mother and had stabbed the family dog with a hunting-type knife. Police found the dog hiding under a bed with a large slash wound on his back.

The original 911 call had come from a family member and suggested that Lepsky was intending to kill the dog. Police attended and had to talk Lepsky out of his house. When he emerged, he had blood on his arm. He stated that he had stabbed the family dog because, in his warped view of Islam, the dog was ‘dirty’. He explained his detailed plan about the intended bomb in New York. He regretted having to kill the dog, not due to any compassion or remorse, but because it had led to his arrest and capture – thwarting his attack.

A major bomb incident in New York had been prevented because the police had taken a report of animal abuse seriously and identified its motivation.

This is the basis of my police training in Ukraine, and elsewhere. If an abuse report is taken seriously, it will often lead to other crimes being detected, such as child abuse or domestic violence. It may also save the animal – thankfully, in this case, the family dog was saved after veterinary care.