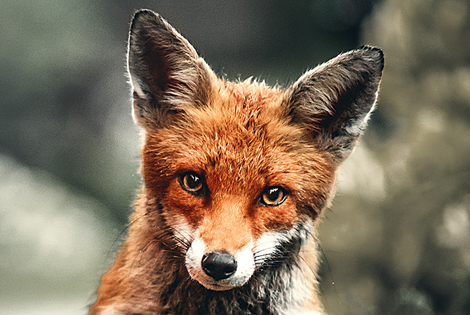 Why should we be concerned about violence to animals?

The link between human and animal crime

This ‘link’ forms the central theme of our training in Ukraine and has shaped the basis of many academic studies and reports over the last 50 years.

In 1997, one of the most well-known studies on children and animal abuse was completed by Ascione, Thompson and Black. It examined why children and adolescents abuse animals motivated by ’curiosity and exploration’ and ‘peer pressure’.

In 2001, Ascione and Lockwood compared children committing animal abuse with firesetting, both of which are known as early ‘sentinels’ for later psychological problems.

The truly sad case of Jamie Bulger in England identified that those responsible has tortured birds and rabbits even before the murder. Ian Brady too tortured animals as a child as did Thomas Hamilton.

This case, recently reported in Essex, UK, is one of many that I am seeing at the moment and, anecdotally, at least there appears to be an increase. I have not done research to prove that is the case and in any event that is not a straightforward process.

In England and Wales, there are 43 police forces all with their own recording systems, but even more complex is that police forces don’t record animal abuse at all. This is because it is not a ‘recordable’ crime and, unlike many countries, ‘crimes’ against animals are mostly reported to and dealt with by the RSPCA and other charities.

There are benefits with this system, as animals have their own representatives although reviewing whether there is an increase in juvenile animal cruelty offending isn’t easy to do. 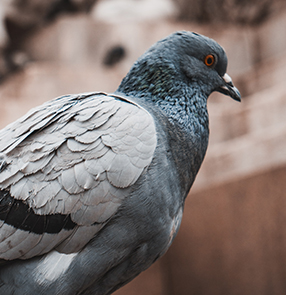 The cited case in Benfleet, Essex sees youths killing a pigeon after shooting a catapult at the animal and then taking aim at a fox. It appears that two corvids (crows) appear to have been shot as well and is the “latest in a long line of incidents”. One of these incidents may be fox cubs being killed on May 3rd in the same geographic area.

It's a community, family and social issue

We, of course, have no idea what will happen with those responsible in the future.

I would hope they will lead regular lives unaffected by this violence.

However, the academic research and my experience as an ex Senior Police Detective suggests they are more likely to either become violent offenders or even be victims of violence themselves. Either way, this is a community, family and social issue as well as violent crime.

Why do we train the police in Ukraine?

The training we give the police across Ukraine is to recognise the signs that animal abuse gives, take it seriously and make appropriate referrals.

So why Ukraine and not the UK? 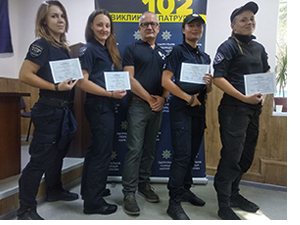 Ukraine’s process of investigating crime is simpler. The police are responsible for everything and there is just one force, not 43. Therefore, officers I train on the Russian border are in the same force as those on the Romanian border, 1000kms apart.

Where I live now in England is under one police area and 100 metres along the road is another. The Ukraine Police are also a new service formed six years ago and have many more officers than the UK so have a programme of training in schools to aim at creating a safer society for the future. We used to have that in the UK. When I started in the 1980s, there were School Liaison Officers. Sadly, they have been cut.

The UK also already has a process in place to work with animal charities on the link between animal and human violence. It doesn’t operate the same way as I do, training law enforcement first responders, but it has been established for some years.

Police training has a massive impact

My work in Ukraine for Naturewatch Foundation is uniquely developed after a project I became involved in with the Hellenic Police in Greece. I also have been able to present in Italy, Canada, Namibia, Moldova and Bulgaria on the subject.

In Canada, there is legislation now that makes training on the link between animal and human violence for all police officers and judiciary MANDATORY. This is a first, and I work closely with the Canadian teams who are rolling out that training.

In Ontario, animal crimes were dealt with by the Society for the Prevention of Cruelty to Animals until last year, when the responsibility was transferred to law enforcement because of the link between animal and human abuse. 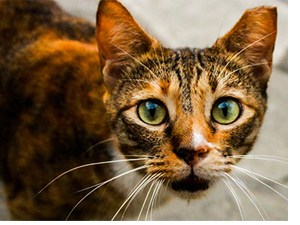 The Ukraine project has seen a massive impact on the way police officers perceive animals and, when they see them as members of society and of their communities that deserve respect and protection, some of the battle has been won.

As a police officer, my role was to protect the most vulnerable in society and for me, that included animals.

That is why crimes like the shooting of a pigeon should be taken seriously, not just to punish but to understand why, and use this red flag to make the appropriate interventions to prevent crimes of the future.