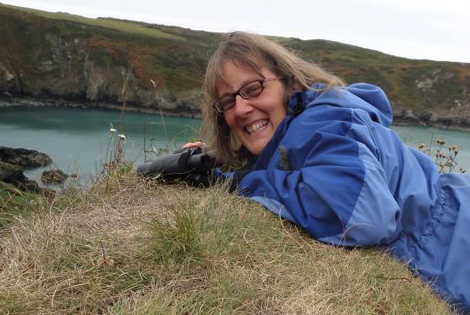 "'De-extinct' began as an exploration of whether bringing extinct creatures back from the dead might be a realistic strategy for stalling human-induced species loss, a subject on which I focused in my first World Animal Day poem in 2015. The more I read about it, however, the more disturbed I felt about de-extinction processes such as genetic engineering, and the serious implications for animal welfare. Disturbed, too, by the fact that if we begin to believe that extinction's not 'forever' and there's always a chance that endangered species can be brought back at some later stage, we'll surely be less bothered about trying to save them in the first place.

The possibility of cloning a shark hasn't been mooted yet but if scientific hubris ever moves us in that direction, the creature who's at the heart of 'De-extinct' – the broad-finned, flat-bodied angel shark – would be a prime candidate, for it's categorised as Critically Endangered on the IUCN Red List of Threatened Species and has already been declared locally extinct in the North Sea."

then embed it in a host domestic goat;
if we can tweak the genomes

till we've got an almost-aurochs;
if we can fashion fur and tusk

for we can match
and mix, do

and un-die, get high
on tech, spawn sci-fact

from sci-fi, we can win
an extant grant

to forge pectoral fins like wings,
we can flatten its form,

pattern its back, gloss over
loss of habitat, install it

of prey and say, 'Yay!
we can resurrect an angel'.