Campaigns
Make a donation Animal Testing in the UK

Plans for a new beagle breeding facility in Yorkshire need to end today. Help us reach MPs and decision makers with the evidence to show why, with a donation to our Animal Testing Campaign. Thank you.

Man’s best friend should not be a statistic.

In 2019, 4314 regulated experiments were carried out on 2626 beagles in the UK.  All were approved by the UK Government.

The beagle is the most popular breed of dog for tests because they are small and docile, so relatively easy to manage. Dogs are considered by researchers to be highly suitable for toxicity testing – exploration of what happens to an animal when poisoned. To test each dog, doses of chemicals are either force-fed orally via a tube directly into the stomach or injected.  Assessing the results of toxicity testing involves autopsy, which means that even if the animal survives being poisoned by chemicals they will be killed, usually by asphyxia (to avoid interfering with the information their bodies contain).

The domestic dog is an inquisitive and highly social animal which actively seeks information about its surroundings. Although much of the day is spent resting, the dog requires a complex physical and social environment during the active phase. (from Code of Practice for the Housing and Care of Animals Bred, Supplied or Used for Scientific Purposes, UK Home Office, 2014) 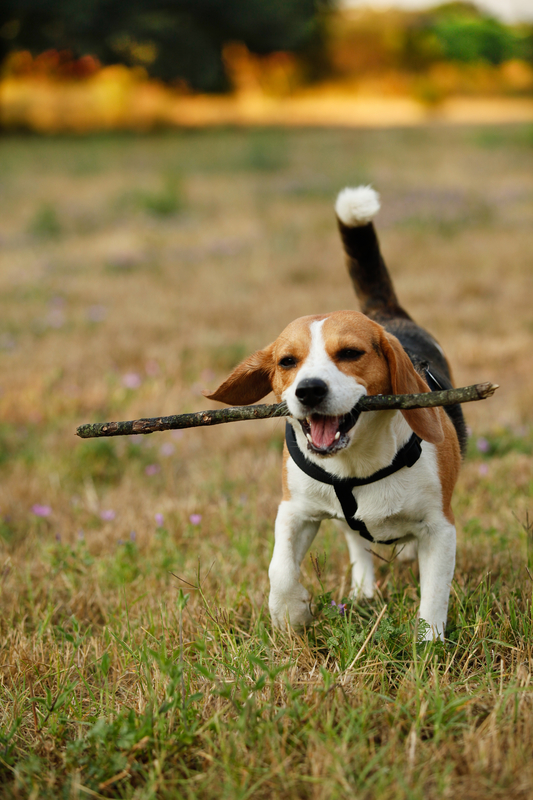 The Home Office suggests methods for managing dogs before testing and death through its Code of Practice for breeding and housing. Use of the code is checked by the twenty-two inspectors who regulate practice for the whole animal testing industry. Its recommendations include a provision of cages with between 0.5 and 2.25 square metres of floor space, depending on each dog’s weight, and lighting controls to simulate day and night cycles. The recommendations also suggest that dogs should ‘where possible be provided with outdoor runs’, a requirement under EU animal welfare directives.

Most of the beagles used in experiments in British laboratories are bred in the UK, but not as many are available as laboratories would like to buy! That’s why in 2015, Yorkshire Evergreen, part of the US Marshall Bioresources group of companies, were able to establish a new breeding facility for 200 beagles at any one time near Hull,  despite public protests and celebrity outrage.

Surely, making dogs more cheaply and easily available for experimentation is against the grain of the introduction of advanced non-animal methods which are more relevant to humans?

Lead the way to a cruelty-free UK with our 60-second action!