Other cruelty cases in Ukraine

Our first training in Kyiv attracted many who had been involved in animal welfare for a long time and had developed their own systems. It also attracted some younger people who had just begun the journey.

Irina runs an organisation called ‘Animals in Law’. She attended our first ever training in Kyiv but also came to another session we had in the city. She lives in Irpin, just outside the capital and organised our event in February 2020, just before lockdown.

She now advises in many cities on gathering evidence for animal crimes.

As with animal ‘activists’ or ‘advocates’ around the world, there are often disagreements over how animals should be managed and over animal behavioural training, but we all share a common goal - wanting to stop the abuse and bring those responsible for the violence to justice.

Some of the cases that Irina has become involved in are horrific but explain why we must continue to find ways to work closely together and to educate why animal welfare matters in every community. 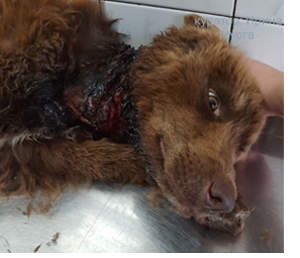 For many months a dog was kept on a rusty iron chain. The chain was wrapped around the dog’s neck, causing unbearable pain. He was kept in a wooden box without a roof.

Irina helped with the rescue.

No one has yet been brought to justice for this crime, but the dog was saved. 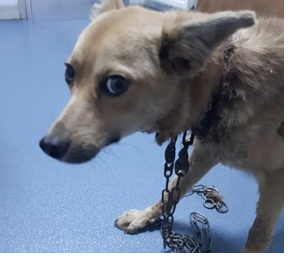 A similar case of a chain around the dog’s neck.

Again, the dog was saved but no one has been brought to justice. 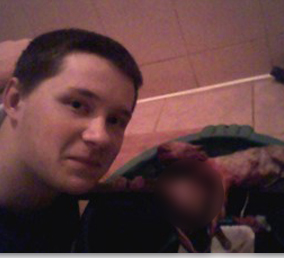 In a region of Kyiv there is a lengthy investigation underway (laptops and phones have been seized).

A man was torturing and killing puppies - signs that are often indicative he will transfer this violence to people.

In Ukraine and other countries such as Russia, these criminals are often known as ‘maniacs’ and are eventually responsible for series of murders.

Irina told us that this case became the most difficult, perhaps because it was her first.

She explains that it happened the day after attending our first seminar for the first time.

Irina was told of a man who was seen killing a dog with a shovel. Irina tried to help, but could not prevent the man disposing of the corpse before the police arrived. He was also the son of an influential person in the city.

Irina stayed with this investigation for six months trying to see justice done, but finally had to admit defeat.

It is critical in serious animal abuse cases that the body of the animal is considered as a ‘crime scene’ and a necropsy is performed.

Currently in Ukraine, there are just two State veterinary surgeons allowed to carry these out but, in some cases, local vets are used, subject to court approval.