Ukraine has tougher animal cruelty punishments than the UK, carrying a jail sentence of up to eight years, but the cases have to reach court first, which means animal welfare volunteers and the police must be able to work together.

So far, we’ve visited and trained police forces in 11 Ukrainian Cities, shown by the red markers on the map. Not only that, but the police forces of 21 cities (the green markers) also took part in World Animal Day, which shows incredible support for animals and our project. 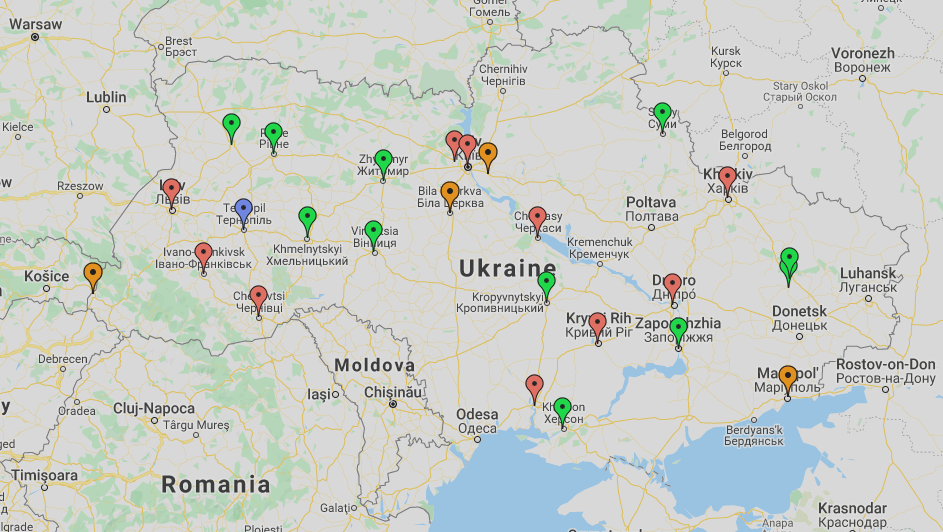 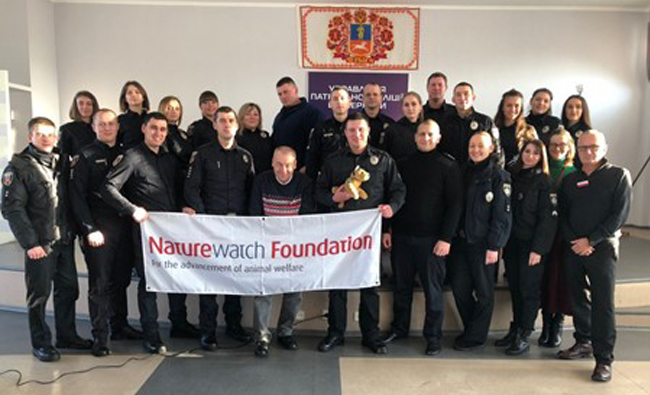 We have also trained animal groups in these cities and presented at the Taras Shevchenko University in Kyiv.

We have worked with many partners in developing new laws for animals in Ukraine. Under Article 299 of the Criminal Code, abusers can be sent to jail for up to eight years, and years 5-8 can be given when the abuse happens in front of children.

Our training aims to encourage police officers to recognise the importance of animals in their community and the latest crime figures released for 2020 show that in the last 2 years, prosecutions have risen by 75%.

Our successes across Ukraine led us to present and train police officers in a new country in 2021 - the Republic of Moldova, where both police officers and animal groups heard about how to deal with animal cruelty and why it is important.

Also in 2021, we launched a new angle to our campaign to show that there is real 'Hope for Animals' as we emerge from this global pandemic.

As well as our training on how to investigate animal abuse, and why it is a critical issue for communities, we also trained the police in safer dog handling, in conjunction with Brain Faulkner, an expert dog control trainer who has worked around the world.

To support this, we created a guide that police officers can refer to – the ‘Safer Dog Training Manual’.

We presented the manual at Police Headquarters in February 2020 and, despite the COVID-19 pandemic, we have managed to distribute 1000 copies around Ukraine, with the help of the patrol police officers.

The purpose of this training is to reduce injuries to animals, police officers and members of the public and to further enhance our message that animal welfare matters.

Why is our ‘Safer Dog Handling Manual’ so crucial?