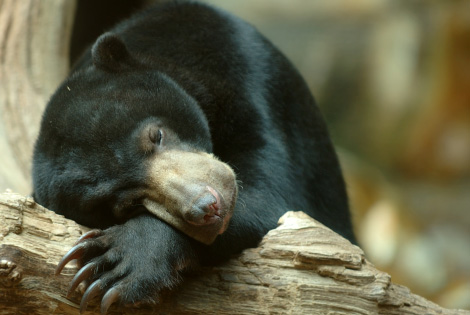 Building a future for rescued baby sun bears in Sumatra

The main winner of the 2017 World Animal Day Grant was our Ambassador in Indonesia who heads the Jakarta Animal Aid Network, Femke den Haas.

We committed to building two forest rehabilitation enclosures for baby sun bears in Sumatra where they can be kept safe until old enough to take care of themselves. At that point the young bears will be released back into the wild - and what a wonderful day that will be. Find out more about the project and why it’s needed.

Although it’s taken much longer than anticipated to get construction underway, Femke and her team have taken every opportunity to speed matters up. Read April update

We are now delighted to report that the perimeter fence is in place and construction of the two rehabilitation enclosures is well underway as you can see from the photos.

Members of local government and the people living in communities nearby have attended an open evening to view and discuss the plans, which was also a great opportunity to raise awareness of the rehabilitation programme.

The team is working hard to ensure that the centre opens as early as possible. Everyone involved is keen to give every confiscated bear the very best chance of being returned to their natural habitat, the rainforests of Sumatra.

In the meantime, they have no choice but to continue relocating rescued sunbears to the centre in Kalimantan which is far from ideal.

We’ll bring you more news about this exciting project as soon as we can.