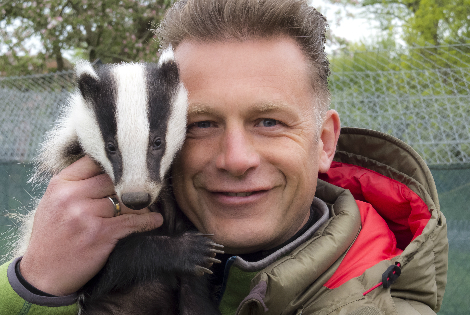 Chris Packham partners with Naturewatch Foundation to save badgers

Naturewatch Foundation animal welfare charity is excited to partner with TV presenter and author, Chris Packham, as part of their longstanding campaign to end badger baiting.  Chris Packham will judge a children’s illustration competition, choosing his favourite pictures to be printed in a new Naturewatch Foundation-sponsored wildlife crime novel.  The novel aims to educate teenagers about badgers, and the cruelty of badger baiting.

The competition will result in 17 winners, all of whom will have their work featured in one of the 17 chapters of the book, which is entitled Badger Boy.  The author, Geoff Francis, is in the process of writing the book on behalf of Naturewatch Foundation, and it is due to be published in the first quarter of next year.

The aim of the Badger Boy is to celebrate the value of the badger to the British countryside, raise questions about what happens to it at the hands of humans, and recruit help and understanding amongst younger generations who will be incremental in the badgers’ future wellbeing and survival.

Naturewatch Foundation is committed to bringing an end to badger baiting, sett digging, illegal lamping, killing and other acts of cruelty towards badgers involving the use of dogs.

In 2016, almost 1300 wildlife crime incidents were recorded by NGOs, according to the first annual Wildlife Crime Report that was coordinated by Wildlife and Countryside Link, and Wales Environment Link.  Sett interference and badger baiting accounted for 62% of this figure.  It is believed that this is just the tip of the iceberg, however.  Most wildlife crimes are not officially recorded through the Home Office crime recording system, therefore data is inconsistent.  Also, many wildlife crimes go unreported as they occur in the cover of the countryside.

Jennie Rudd, Naturewatch Foundation Campaign Director, says: “Badger baiting is probably the most horrific and cruel wildlife blood-sport that exists today, for both the badgers and the dogs they fight. We’re working with other leading animal welfare organisations and the police to help combat the crime, whose work the badgers’ future will depend on. It’s fantastic to now be working with both Geoff and Chris on an exciting campaign that will target future generations.”

TV presenter and author, Chris Packham, said: “Badgers are a natural treasure that I have enjoyed studying, photographing and filming over many years. I have learned that they are not only fascinating and engaging but also an essential component of the UK’s ecosystems – our largest remaining land carnivore.  I’m looking forward to judging this competition and observing how badgers inspire your artwork.”

Author Geoff Francis, said: “Badger Boy is a challenging tale about a rejected young boy who finds sanctuary and purpose with a clan of badgers, only to find it threatened by a gang of hunters. The great thing is that, alongside a pertinent tale, Badger Boy contains additional information for young people on the natural history of the badger, badgers and the law, and how to get involved with groups and organisations working on behalf of badgers.”

The competition is open to children aged 13 - 16 years. The closing date is 14 November 2018. Further details can be found at: https://badgerboy.co.uk