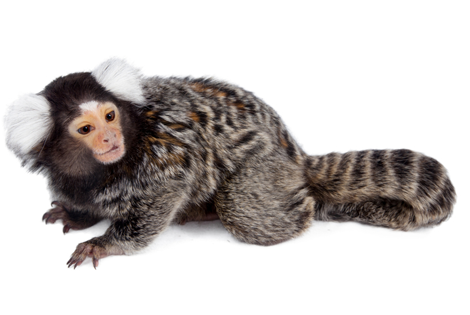 Stark new UK government figures published today (18/07/19) have exposed that 3.4 million animals were abused in UK laboratories in 2018 despite widespread public opposition and dismay.  Animal welfare charity, Naturewatch Foundation is calling for a change in the law, as currently, it is a criminal offence for anyone to expose what actually happens to the dogs, cats, pigs, rats, mice, fish, monkeys and even horses suffering in animal testing laboratories.

From their native habitat, living in the upper canopy of forest trees, and feeding on insects, fruit and leaves, monkeys such as the much-loved Marmoset and Tamarin are instead confined to the wire wall prison of animal testing laboratories. In the wild, Marmosets live in family groups of three to 15. In UK laboratories, monkeys are instead implanted with electrodes and often forced to undertake repetitive tasks. Shockingly, 2472 monkeys such as Marmosets, Tamarins and Rhesus monkeys underwent 3207 procedures in the UK in 2018, mainly in taxpayer-funded Universities.

Naturewatch Foundation believes that the use of non-human animals to test the human health risks of chemicals is ethically wrong. Scientifically, the accuracy of animal tests does not always apply to all animals including controversial humans.

“We must stop the torture of innocent animals in the UK and worldwide. Science has moved on with groundbreaking alternative human-centric science and other in-vitro techniques widely available. The UK has an economic and ethical opportunity to develop this new human-centric ground-breaking scientific sector, with funding of world-leading research, whilst bringing to an end outdated animal testing.”

Every year, the UK government publishes basic data about how many animals have been abused and how many procedures the poor captive animals have endured, but nothing about what the animals have experienced. Secrecy still surrounds what actually goes on in animal testing labs, as it is against the law (Section 24 of the Animals (Scientific Procedures) Act 1986) to disclose the actual details of animal experiments. Sarah continued:

“The government talks about transparency and openness, but innocent sentient animals are suffering and dying unnecessarily. Until Section 24 is repealed there is no way for the public to hold the animal testing sector to account. Industry messages about replacing, reducing and refining animal experiments remain nothing more than a hollow sound-bite without transparency.”

During 2018, 157 establishments carried out animal testing with 3,136 different projects in the UK - the majority being universities and medical schools.  Of the 3.4 million animals, mice were the species of choice with 2.5 million mice used in experiments. In a nation of dog lovers, over 2900 dogs were used – mainly the placid Beagle. Over 10,000 rabbits suffered as chemicals were applied to their skin and eyes.

Whilst animal testing for cosmetics is banned in the UK, some ingredients in household cleaning products are still tested on animals, in addition to chemicals used in industry, farming and medical research. Furthermore, animal testing of imported cosmetics is still a legal requirement in some countries, such as in China.

In the past year, two leading UK research organisations have announced plans to close their mice testing facilities, as they move increasingly to alternative non-animal testing models. A government-sponsored poll also clearly demonstrated increased public opposition to unnecessary testing on animals. Many scientific bodies, animal welfare groups, and policy-makers acknowledge the need to change the law, to allow more transparency in animal testing and help encourage new ground-breaking science in the UK.

Whilst animal welfare campaigners demand action from the government in increasing openness and transparency by changing the law, consumers can also take action to support the shift away from animal testing by making informed shopping decisions. Naturewatch Foundation is proud to publish a Compassionate Shopping Guide to help consumers make informed choices to only support companies that are committed to using cruelty-free ingredients.