How China is slowly moving away from animal testing

November 2018 Update: Incremental progress towards a global ban on animal testing of cosmetics 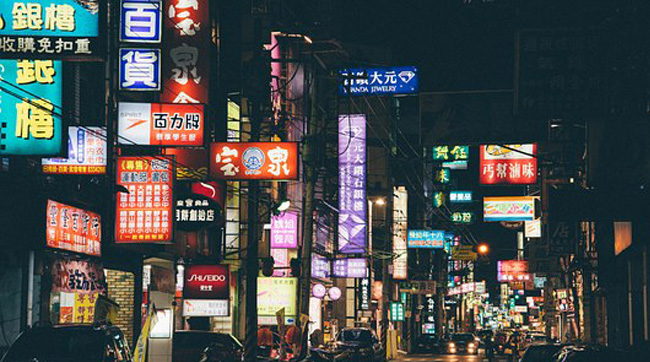 The UK has led the way since banning cosmetic testing on animals in 1998, followed by the EU-wide ban in 2013. Now 37 countries and major markets have passed laws to end or limit cosmetic animal testing[1]. While these statistics appear impressive, some 80% of the world’s countries still allow animal testing. China, not only allow, but insist on animal testing of foreign imported cosmetics. China also conducts additional post-market testing – where brands are taken from shop shelves and tested on animals.

China’s rapidly growing cosmetics market is worth more than $30billion and is hugely appealing for ambitious skincare and makeup companies. Many growing cosmetic companies are now forced to choose between profiting from exporting to China or staying true to their cruelty-free principles and loyal customers by resisting temptation.

China is a traditionally conservative country. As a result, change is incremental, and campaigners must show great patience to achieve their goals. In the global market, Chinese authorities are, however, no longer immune from economic and social pressures. China’s pet market is booming with a growing movement of animal activists. Chinese regulators are being helped along their journey by non-profit organisations ‘permitted’ to operate in China and global cosmetic companies who are eager to take advantage of the enormous market and are training Chinese scientists in alternative methods. As a result of this work, Chinese authorities are taking steps to overhaul testing of cosmetics and explore viable alternatives to animal tests that are regularly used in countries where animal testing is banned.

Despite incremental progress made to date, foreign imported cosmetics and domestically produced ‘special use’ cosmetics still require animal testing in China. In 1990, China introduced mandatory animal testing for skin and eye irritation of ‘special use products’ (such as sun block and whiteners), and this was extended to all ordinary cosmetics in 2012. In 2014, the Chinese SFDA (State Food and Drug Administration) released a draft five-year plan approving the use of existing data for raw ingredients or internationally validated non-animal tests. It softened its approach to Chinese cosmetic brands and foreign cosmetic brands who manufacture in China, allowing them to bypass animal testing when adhering to pre-approved ingredients and standards (animal testing is still required on domestically produced special use cosmetics, as well as all imported cosmetics).

It’s not easy to understand the complexities of Chinese import regulation, but according to information sourced from the Chemical Regulation and Inspection Service[2], companies wishing to export cosmetics to China must appoint a Chinese responsible agent to obtain a hygiene licence or record-keeping certificate from the China Food & Drug Administration (CFDA).

Cosmetics then need to be tested in CFDA-designated labs in China during the registration process even if they have been tested abroad or assessed. The CFDA has authorised 21 labs to perform hygiene safety tests and six labs to conduct human safety tests. Hygiene safety tests include physio-chemical, microbiological and toxicological studies, which are mandatory for non-special use cosmetics. Toxicological tests are performed in animals in terms of OECD methods[3]. After receiving a CFDA approval licence, foreign manufacturers can then export their cosmetics to China. On arrival at port, the consignments and CFDA licences are inspected[4].

This complex process includes animal testing, and it is hoped that Chinese authorities will move away from this approach, as they have with domestically sourced products. In 2014, the CFDA said it would educate and train provincial labs in alternative testing methods. In 2016, the regulator accepted data from the first non-animal test for photo-toxicity, commonly used to see if a new ingredient damages skin after exposure to light. In September 2017, China’s Zhejiang Institute for Food and Drug Control opened a lab in collaboration with the Institute for In Vitro Sciences, a U.S. non-profit research and testing laboratory based in Gaithersburg, Maryland, that has been training Chinese scientists in tests using reconstructed skin cells.

Faced with the barriers and complexities of the Chinese market and demand for cruelty-free products, global brands such as Unilever and Proctor & Gamble have been taking an active role in China helping to deliver training programmes on alternative testing methods with the CFDA and Shanghai FDA.

Global cosmetic powerhouse L’Oréal has stated their commitment to work alongside the Chinese authorities and scientists to have alternative testing methods recognised, and enable the cosmetics regulation to evolve towards a total and definite elimination of animal testing. L’Oréal state that, today the products manufactured and sold in China called ‘non-functional’ such as shampoo, body wash or make-up are already no longer tested on animals. They opened an Episkin[5] Centre in Shanghai in 2014 enabling them to produce reconstructed skins for use for safety tests in vitro that do not involve animals and are made available for the Chinese authorities.

The European Parliament has called on EU leaders to use their diplomatic networks to launch an international convention against animal testing under the United Nations.

The British Government has also very recently raised the issue of the mandatory requirement for animal testing for imported non-special use cosmetics in bi-lateral talks with the Chinese Government. In August 2018, the Secretary of State for International Trade visited China to attend the Joint Economic and Trade Commission (JETCO) and raised the issue on restrictive animal testing requirement in a private meeting with Commerce Minister Zhong Shan as well as in open discussion. At JETCO, the two governments agreed to work towards ensuring British cosmetics companies receive equal treatment to domestic manufacturers, specifically concerning the requirement to test on animals[6]. The Minister invited the UK to follow up with them at working-level.  In addition, the UK Ambassador to China discussed the matter with the State Administration for Market Regulation (SAMR).

Building on this momentum for change, in September 2018, China’s National Institute for Food and Drug Control (NIFDC)[7] issued a statement on the Chinese social media platform, WeChat, detailing its commitment to overhauling testing and introducing alternatives to animal tests for the cosmetics industry as used in countries where the practice is banned. According to reports, the NIFDC stated that research, development, and the standardisation of testing methods that don’t use animals are its top priorities[8].

Further UK/China bi-lateral high-level political discussions on reducing animal testing progress. In October 2018, the UK’s National Centre for the Replacement, Refinement and Reduction of Animals in Research (NC3Rs), the leading independent scientific organisation dedicated to replacing, refining and reducing the use of animals in research and testing, signed a commitment[9] with the China Rural Technology Development Centre (CRTDC) of the China Ministry of Science & Technology. They committed to collaborate on promoting scientific and technological innovations in the replacement, reduction and refinement (3Rs) of animals in research. A signing ceremony took place in London - a milestone in international cooperation on the 3Rs - which will see the UK and Chinese scientists cooperating on developing novel approaches to the 3Rs. Representatives from the CRTDC and scientists from the Chinese Academy of Sciences, China Agricultural University, Chinese Academy of Medical Sciences and Beijing HFK Bioscience Co., Ltd visited the UK. The trip was facilitated as part of the UK Government Prosperity Fund which aims to remove barriers to economic growth and development in partner countries.

The British Government now sees an opportunity for collaboration with Chinese scientific organisations, with unique opportunities to work together on minimising animal use and improving animal welfare. It may be that productivity growth opportunity for alternative testing mechanisms has been identified. Following the EU’s ban, growth in non-animal testing methods surged with more than 33 scientific facilities working on animal testing alternatives. According to UK Parliamentary debate in May 2018[10], the market for alternatives to animal testing is expected to reach $8.74 billion by 2022. The growth has been attributed to the increased use of alternative cosmetic testing methods.

China is making significant advances to move away from animal testing. Progress is incremental with discussions taking place at Ministerial bi-lateral, NGO and corporate level back by social change. As a result, hopes are high that China will abandon mandatory animal testing of cosmetics in the future.

Naturewatch Foundation strongly supports the excellent campaigning work of other fantastic charities and forward-thinking legislators striving to achieve this global ban. Naturewatch Foundation will continue to work in partnership with like-minded organisations to campaign to achieve this global ban on animal testing of cosmetics. We will also continue working on campaigns to deliver transparency in animal testing of household product ingredients, wider scientific purposes, and our campaign in the UK to repeal Section 24 of the Animals (Scientific Procedures) Act.

Naturewatch Foundation is also proud to publish a Compassionate Shopping Guide (currently in its 14th edition) to help consumers make informed choices to only support companies that are committed to using cruelty-free ingredients. Consequently, we have taken the policy position that a skincare or make-up company that exports to China, cannot be considered cruelty-free and cannot be included in the Naturewatch Foundation Compassionate Shopping Guide.  Fortunately, there are many effective and genuinely cruelty-free alternatives available!