Is animal welfare an important voter issue in the 2019 General Election?

The main political parties have published their manifestos for what they would offer, if elected to government, following the 2019 General Election. As a registered charity, Naturewatch Foundation does not endorse any specific political party.

To maintain neutrality this blog includes ‘word for word’ copied sections of text which reference animal welfare. For ease of reference, web links to the individual manifestos are included. The political parties are listed in alphabetical order. 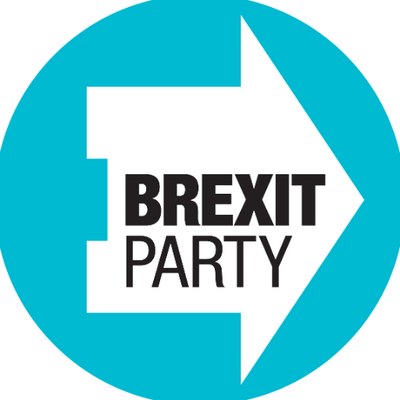 There is no reference to animal welfare in the Brexit Party manifesto.

We will make no changes to the Hunting Act.  (page 43)

High standards of animal welfare are one of the hallmarks of a civilised society. We have a long tradition of protecting animals in this country, often many years before others follow. Under a Conservative Government, that will continue – and we will continue to support such efforts overseas. 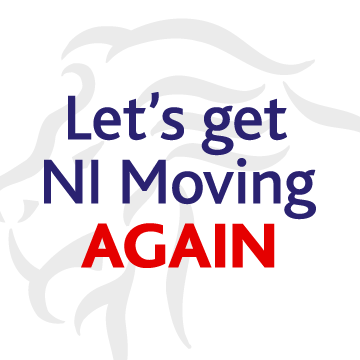 Increase in support - UK contributions to CAP are greater than what UK farmers receive. That additional funding should, in the first instance, be ring-fenced for agriculture and be directed at delivering efficiencies, adapting to changes in markets, increasing profitability on family farms and delivering high environmental and animal welfare standards.
A Free and Fair Trade policy – We want to see a trade policy that opens up opportunity for our agri food businesses and farming communities. At the same time, we recognise that the UK market is lucrative for those seeking trading arrangements in a post Brexit scenario. We must ensure that sensitive sectors like agriculture are afforded protection in our new trade policy. The DUP will not support trade agreements that allow the UK market to be flooded with products that do not meet the high standards of food safety, environmental and animal welfare standards.

We believe that animal heath schemes, like the BVD eradication scheme, provide an important vehicle to driving efficiency on farms. This should be widened out to include Johne’s disease in cattle. Tackling TB also needs a holistic approach, continuing with the status quo will not solve the problem and is at a massive cost to the taxpayer

8. Let’s Protect Our Animals Better Northern Ireland to lead on animal protection in the United Kingdom with new offences and tougher sentences matched by public education. 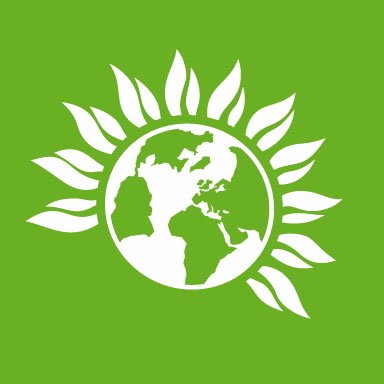 Transforming our relationship with animals (page 68)

We share this planet with, and are dependent on, a wealth of other animal species. Yet wildlife destruction, factory farming, live export, companion and domestic animal abuse, and the use of animals for experiments, sport and entertainment are all contributing to the systematic mistreatment of animals. We think it’s time for a better future, where animals are actively protected from cruelty and our own quality of life is improved too. The Green plan to transform understanding of the relationship between humans and animals will:

> Guarantee the principle of animal sentience. This will mean that that regard for the welfare needs of animals as sentient beings is uppermost in formulating and implementing relevant government policy.

> Ban all hunting. This includes trail hunting, where dogs are used to track foxes who are then shot, and the commercial shooting of deer and game birds. Government subsidies, used to maintain artificial landscapes designed only for hunting (such as grouse moors) will be ended and the land rewilded where possible. Where necessary for ecological reasons, humane culling will be licensed by Natural England and carried out by trained professionals. We will also ban the use of lead ammunition and outlaw all forms of snaring.

> End the badger cull, which has no evidence basis and has failed to effectively reduce Bovine TB. We will fund research into a sensitive test to enable cattle vaccination, as an essential, as well as humane, part of a meaningful strategy to control the spread of the disease. We will also invest in better farm bio-security and badger vaccination.

> Stop the use of primates, cats and dogs in research and the importation of monkeys for use in labs, and work towards an outright ban on all animal testing. We will also end the use of live animals in military training.

> Enforce tougher regulations on animal transportation, including a maximum limit of eight hours travel for animals in transit and an end to all live exports from our shores. We will work to minimise all stress causing practices during production of animal-based food products.

> Advocate for European legalisation to end factory farming, prohibit the routine use of antibiotics for farm animals, and ban the killing of animals for sport across the EU.

> Call on all nations to declare the waters under their control as havens from whaling, to provide sanctuary throughout those waters for cetaceans (whales and dolphins), and to co-operate in achieving global sanctuary for cetaceans in the longer term.

> Implement a complete ban on cages and close confinement and deliberate mutilation of farm animals.

> Protect animals that give companionship or support. We will enhance regulation and controls on breeding, sale and import, with compulsory licensing applying to everyone working with animals. Those convicted of cruelty will be placed on an animal cruelty register and prevented from working with animals again.

> Encourage the use of companion animals in therapy and other treatments, drawing on evidence showing the beneficial impact of contact with animals on human psychology.

> Create a new Commission on Animal Protection, responsible for overseeing all rules designed to protect animals from cruelty. This Commission will ensure that the highest standards of animal welfare are applied to companion animals, farm animals and wildlife. This will ensure that the right of all sentient beings not to be subject to undue suffering is always respected. 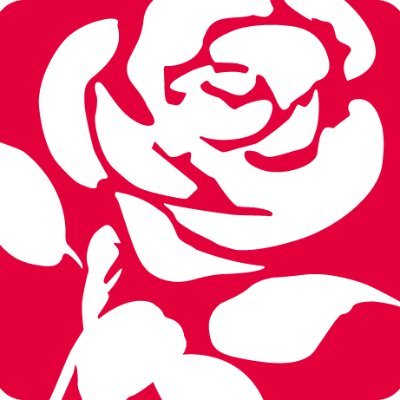 The Conservatives will sacrifice animal welfare standards in trade deals with other countries. They threaten to bring back fox hunting and are pursuing the ineffective badger cull – the largest destruction of a protected species in living memory. Labour has published an ambitious animal welfare manifesto which reiterates our commitments to prohibit foxhunting and end the cull of badgers. In England, we will introduce an animal welfare commissioner, prohibit the sale of snares and glue traps, end the badger cull and ban the keeping of primates as pets. We will work internationally to end commercial whaling, ban the importation of hunting trophies of threatened species, and boost police resources to tackle rural and wildlife crime 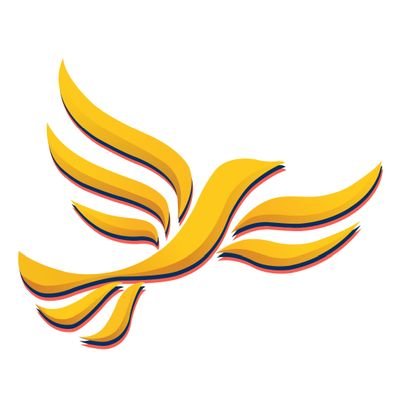 Liberal Democrats believe that all possible steps should be taken to promote animal welfare and prevent animal suffering, with better protection for animals, and full regard for animal welfare. We will: 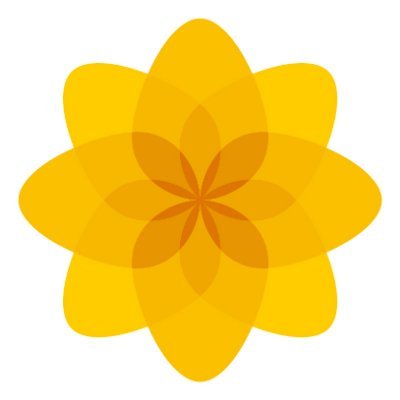 Plaid Cymru supports the introduction of new legislation to regulate the sale of pet animals online to ensure that animals are protected.

Primates are intelligent and socially complex animals and we believe it to be unethical to keep these animals as pets. As such, we will introduce new legislation to fully ban the keeping of primates as pets.

We will implement the recommendations of the Westminster Parliament’s Environment, Food and Rural Affairs Select Committee on ending breed specific legislation, as it fails to protect public safety and results in the unnecessary destruction of hundreds of dogs.

We will also introduce an online harms regulator with the power to require social media providers to ensure that animal cruelty content is not shared on their platforms.

We will ensure that any imports in existing and future trade agreements are consistent with Welsh and UK animal health and welfare standards, in order to maintain our current high standards and to provide a level playing field between our farmers and farmers in other parts of the world.

We will strengthen legislation against illegal puppy imports in order to end the exploitation of legislative loopholes by criminal gangs.

If we leave the EU, the UK will be seeking to strike trade deals with economies much larger than its own – countries such as the USA that have much lower animal welfare standards than the EU. It will be doing so from a position of weakness.

Plaid Cymru will demand that future trade deals seek to strengthen rather than weaken animal welfare legislation. However, the best way of securing animal welfare protection is by stopping Brexit, allowing us to build upon the foundations provided by EU law. 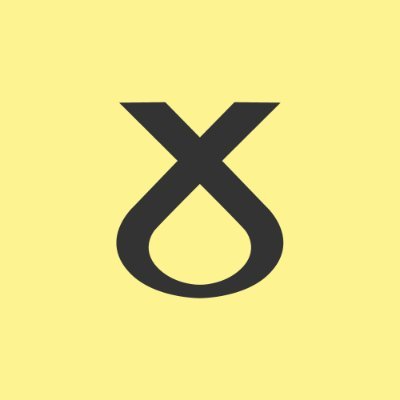 EU regulation over animal and plant health and environmental and food safety gives Scotland access to export markets around the world. SNP MPs will support the Scottish Government’s efforts to maintain all these current standards and regulations. They will campaign to ban the import into the UK of any supposed trophy of any animal on the CITES list of endangered species. 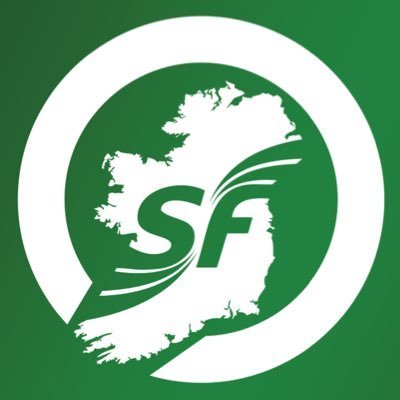 There is no reference to animal welfare in the Sinn Féin manifesto. 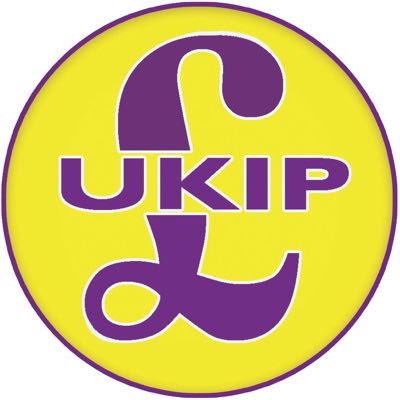 Animal welfare standards in the UK are some of the highest in the world. Much of the current EU legislation relating to welfare for pets, farm animals, wild animals, and animals used in research, has been drawn from the UK. When we leave the EU, we will be able to take back control of animal health and welfare legislation, and to update and improve our laws to ensure that animals in the UK have the most robust protections.

The general population is already consuming ritually slaughtered, non-stunned meat unknowingly and by default because its use is now commonplace in schools, restaurants, works canteens etc. Killing animals without first rendering them unconscious causes unnecessary suffering. The percentage of non-stunned meat is at least 25% of the total, if not more.

Current UK law states all animals must be stunned prior to slaughter – unless it is for a religious purpose. UKIP will repeal the law allowing exemptions for ritual non-stun slaughter. This is an animal welfare issue and we should all abide by the same laws. Legislation banning non-stunned slaughter already exists in some European countries, for example, Germany, Norway, Sweden and Switzerland.
Those wishing to eat non-stunned slaughtered meat can continue to do so as World Trade Organisation rules allow the importation of such meat; but UKIP would require this meat to be clearly labelled, so that consumers may make an informed choice.