Police officers can only enforce the existing law of the country and often there are ‘loopholes’ or inconsistencies that exist and require closure. New laws also need to be created in response to changing circumstances.

In the UK, most law is written down in ‘Statutes’, although some law still exists as ‘Common Law’ and is derived from tradition and judicial precedent. Gaps in UK law are normally filled through ‘Case Law’ and consist of past legal decisions.

Law in other countries is often constructed differently. In Ukraine, there are essentially administrative codes for less serious offences and criminal codes for the more serious ones.

All laws have to go through a series of stages to become legal. This is often easier with a constitution such as that in Ukraine as it is written down. The new constitution was only adopted and ratified on June 28th, 1996 after independence. The Government is known as the ‘Verkhovna Rada’.

Law 2351 is a new law that aims to address some of the problems of the existing animal law.

It is worth remembering though, that Ukraine does already have some great animal welfare laws. In fact, it has the highest maximum jail term for cruelty of any country in Europe, at eight years, and includes extra punishment when abuse is committed in front of children.

Some of the areas that Law 2351 addresses are:

1. To add injuries to internal organs as being considered ‘animal cruelty’.
2. To tighten up on guidelines around euthanasia of street animals. In particular, forbidding the use of euthanasia as a means of regulating street animal populations.
3. Banning the use of one animal to fight another.
4. Preventing the use of animals as live targets for shooting training.
5. Improving the conditions of farm animals. The conditions for using animals in agriculture must correspond to their physiological, species and individual characteristics, as well as meet their natural needs for food, water, sleep, movement, natural activity and other needs.
6. Stopping the giving of pets as prizes or begging with pets.
7. Preventing the keeping of animals for entertainment in public places or keeping *listed animals in public places that are not suitable for displaying wild animals.

This law is therefore extremely important and essential for many thousands of animals across Ukraine.

Naturewatch Foundation is pleased to be able to offer our expertise to help. We are incredibly grateful to our supporters for writing emails to the members of the Ecological sub-committee of the Verkhovna Rada, who then pushed the law through to the main chamber with the recommendation that it is accepted.

You are all part of this impressive and ongoing change for animals.

If you haven’t sent an email to three Ukrainian officials yet, please support our campaign. 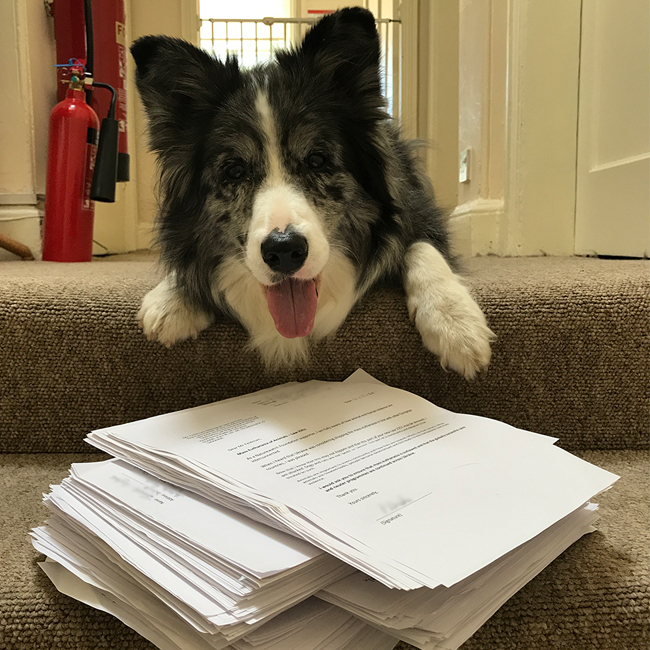 Although a high percentage of lobbying takes place online these days, their active involvement is crucial to the success of our campaigns.

We invited them to speak up for animals by sending letters to three Ukrainian officials, instead of emails. We have been overwhelmed by the response so far! Their piles of letters will be forwarded to Ukraine in waves, to keep the momentum going.

We will keep you updated on any developments regarding Law 2351.

*Animals listed in the Red Book of Ukraine and in List II of the Berne Convention (convention on the protection of wild flora and fauna and natural habitats in Ukraine).