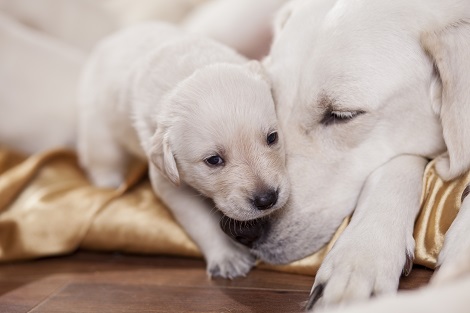 In Australia, Victoria's newly elected government will end the sale of dogs and cats in pet shops — only allowing stores to facilitate adoptions through rescue groups.

This historic decision means that, for the first time, one of the main avenues used by unscrupulous breeders to sell puppies in Victoria will be SHUT DOWN.

Pet shops and online trading sites are often used by puppy farmers as a front for their cruel businesses. Window displays encourage impulse buying, which sees countless dogs and cats ending up in shelters each year and thousands killed simply because there aren't enough homes to go around. Selling online and in pet shops also means that puppy farmers can hide the conditions in which parent dogs are kept, churning out puppies for sale.

Restricting the sale of dogs and cats in pet shops to rescue groups will help curb the indiscriminate trade in animals from puppy factories. (See original article here)

We are fighting tirelessly for similar measures to be implemented here in UK, which in the long term, will help towards ending puppy farming.

I'm sure you remember last year’s parliamentary debate table by Rob Flello MP (Stoke-on-Trent South, Labour) following PupAid’s e-petition to introduce a ban on the sales of puppies and kittens in pet shops.  Although many MPs offered a range of solutions for the Minister to consider and George Eustice himself concluded the debate with an agreement that existing legislation could be improved, little has changed since then.

While the government takes its time deciding whether or not to ban the sale of puppies and kittens from pet shops, the puppy farming industry continues to thrive behind closed doors.

Until legislation is amended, and these poor puppies and their parents continue to be mistreated and abused in the name of financial gain, we will campaign relentlessly.