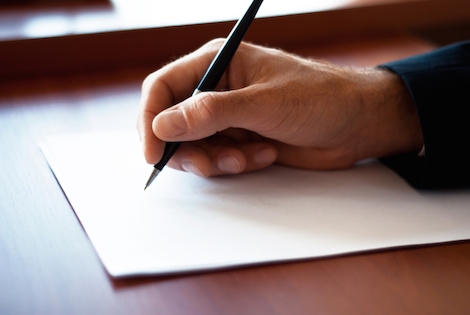 We were recently asked to respond to an MP’s email which was sent to a constituent. Below is the MP’s email and further below is our slightly adapted response.

Please feel free to use extracts from our response when responding to your own MP.

EMAIL FROM MP
Thank you for contacting me about the breeding and sale of puppies and kittens. I am pleased that MPs had the opportunity to discuss this issue, and I listened to the debate with great interest.

The debate helped clarify the belief that dog breeders only need a licence if they have a bitch producing five or more litters per year. The Department for the Environment discovered that when the relevant Act came into force under the last Government, the Home Office sent a circular indicating this; it is now writing to councils to stress that anyone in the business of breeding dogs must be licenced.

The issue of selling puppies and kittens in pet shops was considered in detail. Only about 70 pet shops do this, and they are already licensed and regulated. Local authorities have the power to restrict which animals a pet shop can sell.

Recent Government action shows that much can be achieved without new legislation. I share concerns about unregulated sales over the internet, so am pleased that the Government has acted to create a voluntary code which has resulted in 100,000 adverts being removed since the start of 2014. I was also glad to learn that new guidance on the model conditions for pet vending stress the need for interaction with people.

Lastly on the issue of sales across borders, I am pleased to be able to tell you that changes to the EU pet passport scheme will mean that from December it will not be possible to transport a puppy into this country unless it is at least 15 weeks old.

I am delighted that the bill was passed. Thank you once again for taking the time to contact me.

Thank you for taking the time to respond to (name removed), many MPs have sadly not shown constituents the same courtesy.

Unfortunately however, the information contained within your email is inaccurate and somewhat misleading.

It is not possible for a bitch to breed five or more litters per year. Non-spayed female dogs will go into “heat” or estrus usually twice a year. The statements made during the Parliamentary Debate and subsequent response from George Eustice MP refers to five or more litters bred from a number of bitches, it does not refer to one bitch. The clarification from George Eustice MP that anyone in the business of breeding and selling dogs must be licensed is all well and good, but one has to remember that Councils barely have enough resources to monitor and licence those breeders selling five or more litters, the prospect of Councils having to monitor and licence anyone in the business of breeding and selling puppies is most worrying indeed. It is extremely unlikely Councils will have the resources or inclination to enforce these guidelines.

Mr (name removed), you state these pet shops are licensed and regulated. Yes they are, which is a shocking indictment of our legislation and our licensing Councils. One of our team previously worked for a licensed pet shop in Wales, this business was also a licensed dog breeding establishment and we can categorically state this business did not adhere to the Breeding of Dogs Act 1973, the Pet Animals Act 1951 or the Animal Welfare Act 2006 yet the Council continued to licence them year upon year. Furthermore, we handle substantial numbers of breeder complaints and are in receipt of evidence showing Councils are licensing unsuitable premises. The following Freedom of Information report will help you gain a better understanding of the situation in the UK and I would urge you to take the time to read it.

The key to the code introduced by PAAG for online classifieds is that it is a VOLUNTARY code. We deal with the main online classifieds on a regular basis and we can confirm (name removed) have gone a long way to improving their site and they are the first to act on complaints we send them. However because the voluntary code is just that, voluntary, and the internet is a minefield to police we still have a long way to go before we clean up this method of advertising puppies for sale. Sadly, there are online classifieds who have not signed up to the voluntary code and have done little to clean up their sites, instead they are taking advantage of the opportunity to garner more business from those advertisers who would not pass the requirements set by other online classifieds.

In summary, this country has a long way to go before we can truly say we are a nation of dog lovers. There are 8 million dogs in the UK many of whom will have been bred on puppy farms and sold by pet shop licence holders. We have a duty to protect man’s best friend as well as those families purchasing these often sick and poorly bred puppies. MPs would do well to take a greater interest and acquire a greater understanding of the dog breeding and selling situation in this country.

If you require further information, please don’t hesitate to contact us.

Many thanks to our friends from C.A.R.I.A.D for this post