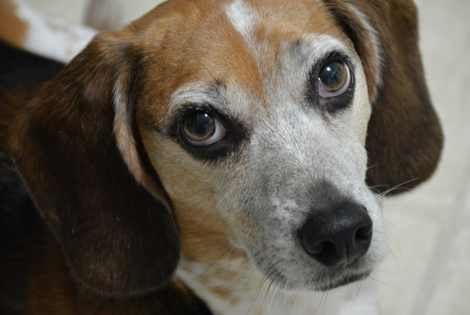 Every Member of Parliament received a copy of our campaign report calling for a swift end to the secrecy surrounding animal experiments.

Section 24 blocks access to information about animal experiments held by public authorities such as inspection reports or details about animal housing and treatment. The clause makes it a criminal offence to disclose this information, even if the institutions conducting the research have no objection.

The government and every involved sector, including the scientific community, wants section 24 amended. As it currently reads it is incompatible with the central principles of the Freedom of Information Act.

The Home Office ran a public consultation on section 24 in 2014 but they still haven’t published a response. Meanwhile, around 4 million animals each year are suffering in British laboratories. Many of the procedures inflicted upon them may be avoidable, and research funding more effectively placed, but nobody will ever know due to section 24.

The Animals in Science Regulation Unit at the Home Office said in their 2014 Annual Report:

'Reforming section 24 demonstrates the Government’s accountability, strengthening people’s trust in government and ensuring that the public are informed about the use of animals in science.'

We couldn’t agree more. But delays, delays, and more delays have amounted to no tangible action. It’s time the Government finally upheld its commitment to reduce the number of animals used in scientific research and lifted the veil of secrecy.

Please contact your MP to ask for an update on animal testing policy in the UK and whether the UK Government will ever publish a response to its 2014 public consultation?

Be Inspired: Stars come out for ‘Compassion over Cruelty’ film launch