“This general election is about the future of the UK and what we, as a nation, care about. As a country, we pride ourselves on being a nation of animal lovers.

Naturewatch Foundation is calling on all political parties to be committed and passionate about animal welfare post-Brexit. In the UK, animals are abused for research, profit and for ‘sport’. The UK still has shockingly low animal cruelty penalties with only a maximum of six months imprisonment. Our five point plan addresses key issues which will make a real difference in the lives of animals.”

Naturewatch Foundation is known for co-ordinating World Animal Day on 4 October each year. In 2019, World Animal Day reached a record-breaking number of animal lovers across the world, trending on the internet in 56 countries.

The charity’s main UK campaigns focus on stamping out cruel puppy farming, the horrors of badger baiting, and raising awareness of the millions of animals used in laboratory research in the UK each year. Naturewatch Foundation’s Compassionate Shopping Guide is a great reference source for many cruelty-free shoppers. The charity also extends its work to campaign on important UK-wide animal protection policy issues such as increasing prison sentences for animal cruelty and for the sentience of animals to be recognised in UK law. 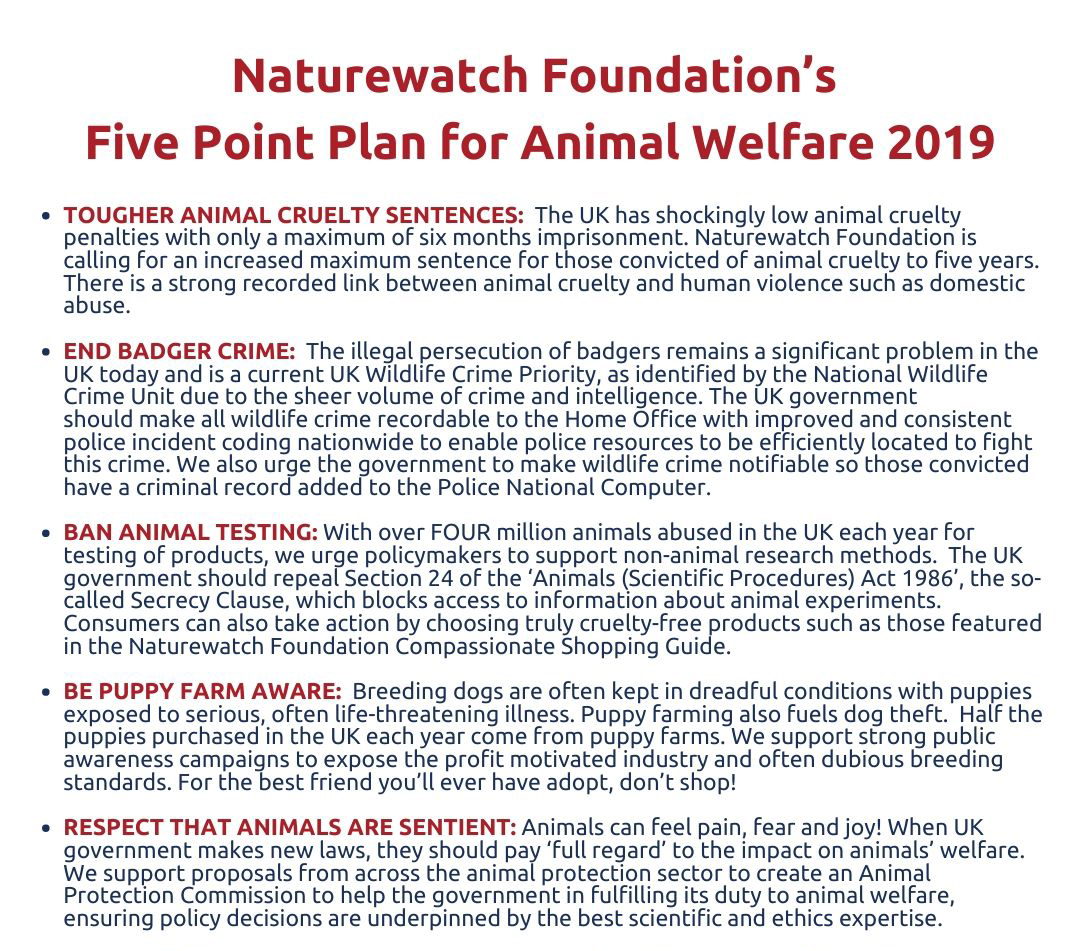