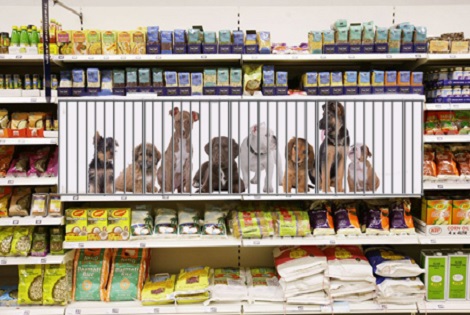 Tell The Government To Ban Third Party Sales Of Puppies

In an alarming move against advice from animal welfare organisations, dog welfare experts and even their very own advice to puppy buyers, the Government has proposed to allow third party dealers to carry on peddling puppies as though they were inanimate objects.  Click here to read more and take action.

There is hope on the horizon for dogs and puppies. But they need your voice  to urge for legislation that will ensure the quickest and most effective way of ending cruel puppy farming.

The Department for Environment, Food and Rural Affairs has taken several steps to improve standards for the breeding and sale of dogs and puppies over the last year, including reviewing outdated legislation. If they accept feedback from dog welfare experts and leading animal welfare organisations, an end to cruel puppy farming is surely right around the corner.

One recommendation they cannot ignore is to end third party sales of puppies, such as in high street pet shops and online trading sites.

Removing puppies from their mothers, transporting them over long distances to be sold in inappropriate environments, exacerbates the commodification of dogs and prioritizes profits over animal welfare. Third party traders enable puppy farming by ensuring they are kept hidden from public view - especially the view of potential customers. An end to third party trading would signify the end of puppy farming.

Which is why we were shocked to hear that third party sales may not form part of the new regulations for licensing animal establishments soon to be laid down in Parliament.

This flies in the face of advice from animal welfare organisations, the Kennel Club, and  even Defra themselves, who advise against buying puppies away from the environment they were bred in. What on Earth could they be thinking? 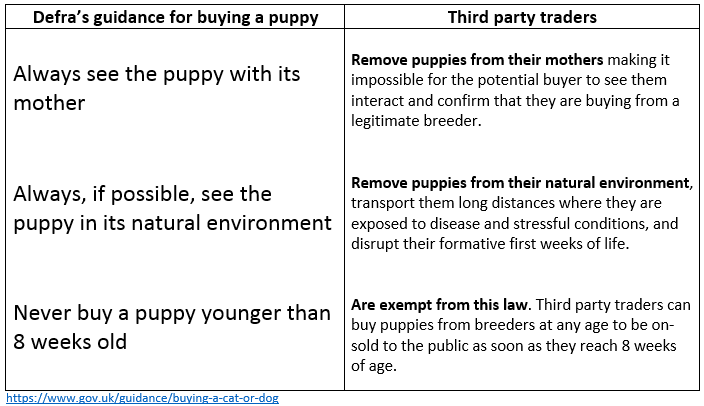 The deadline for Defra to draft their proposed legislation around animal establishment licensing is approaching.

Please write to your MP today and ask them to urgently contact Lord Gardiner of Kimble, Defra Parliamentary Under-Secretary, to urge for a full ban on third party sales of dogs.

You can include these key points in your email or letter to your MP (and remember to use your own words as this will resonate with them more strongly).

Please forward any replies you receive to Naturewatch Foundation so we can monitor your campaigning progress.