Will your MP be a Voice for Animals? 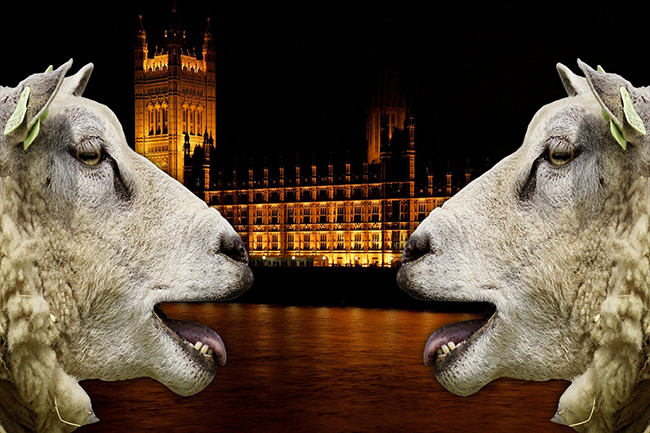 We rightfully expect a lot from our Members of Parliament in Westminster, Holyrood and the National Assembly for Wales. We want them to represent our views, be fairhanded in taking decisions and be well-informed on every issue. During elections, MPs make lots of promises. Many of their policy pledges come from their political convictions, such as on the economic direction of our country, but other promises are personal, deep and heartfelt.

Fortunately, animal welfare and the love of animals crosses party political lines and unites MPs, when they can differ on so many other issues.

Many MPs are appalled by the mistreatment of animals and have helped introduce new animal welfare laws. Following impassioned campaigning by the public and dog lovers, MPs have recently legislated to ban the third-party commercial sale of kittens and puppies in England from April 2020. The ban is also planned in Scotland and Wales. It is hoped that this measure, often referred to as Lucy’s Law, will help stamp out cruel puppy farming. National governments have also strengthened regulations on dog breeding and boarding and doggy daycare. Urged on by animal welfare campaigners, national governments have also launched awareness campaigns to increase public understanding of the unforeseen pitfalls that can cause great distress when buying a pet.

Sadly, criminals and those hell-bent on making money from breeding puppies, without regard for their welfare, will still choose to ignore the law. They will exploit the anonymity of the internet and social media to sell puppies and con people into thinking they are legitimate breeders. They’ll ignore regulations that require they are inspected and licensed by their local council. Some will breed misery by taking advantage of trends for ‘designer dogs’. These poor pups bred solely for the latest fashionable look, for huge profit, can struggle to breathe, and even walk. It would be remiss not to mention, the dog show Crufts, billed as a celebration of dogs, which takes place at this time of year. With significant television coverage, the show, well-loved by many thousands of dog owners, is also an opportunity to talk about responsible breeding and what can be done to stop illegal puppy profiteering.

Over the past two years, the UK Government has announced a range of proposals to enhance the welfare of animals. The welcome measures include proposals to ban long journeys of live animals that are being transported for slaughter, restrictions on the import and export of hunting trophies from endangered animals, and a ban on wild animals used as part of a travelling circus. The UK Government has consulted on banning primates as pets and on the introduction of compulsory microchipping for pet cats. The Scottish Government has taken great strides to promote animal welfare in their Programme for Government, including establishing an Animal Welfare Commission to focus on protecting wild and companion animals while also providing scientific and ethical advice to the Scottish Government.

However, we are still waiting for political action on a number of important animal welfare issues:

Urge your MP to attend the 16th March parliamentary debates on animal welfare in Westminster Hall!

140 brand new MPs joined the House of Commons following the 2019 general election. February 2020 saw the promotion of George Eustice MP as Secretary of State for Environment, Food and Rural Affairs backed by newly enobled Lord (Zac) Goldsmith with responsibility for animal welfare policy. The regulation of animal testing and laws around animal cruelty fall under the jurisdiction of the Home Office with Ministerial responsibilities falling to James Brokenshire MP, Victoria Atkins MP, Baroness Williams of Trafford, under Secretary of State Priti Patel MP.

Naturewatch Foundation hopes that some measures such as tougher sentencing for animal cruelty crimes and the recognition of animal sentience in policymaking should happen in 2020, as they have widespread political support, but others policy issues such as around animal testing will remain more challenging. In fact, there are important parliamentary debates for animals, scheduled for Monday 16th March in Westminster,  including recognising animal sentience and enacting a duty on all parts of the government to have regard for animals’ welfare needs when making and implementing laws and policies.