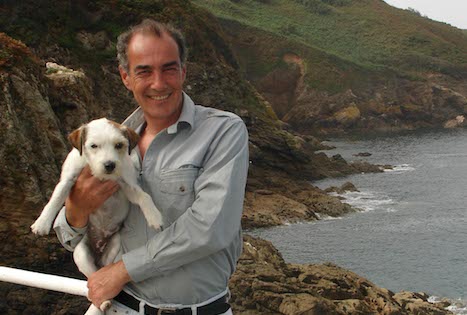 Naturewatch Director has sadly passed away

Earlier this month, the Founder and Director of Naturewatch Mr John Ruane, passed away after six months of living with cancer.
Over the past 22 years John has led Naturewatch, together with its charitable arm Naturewatch Foundation, and achieved a great deal to improve the lives of animals worldwide.  The thrust of this success has been via a proactive, aggressive and pioneering series of projects.

It is a measure of his popularity that, since his passing, we have received emails from around the world, all full of praise for his contribution to animal welfare and admiring the way in which he consistently worked in the most difficult countries and situations, not pulling out at the first problems encountered.

The success of many of the projects undertaken was due to John’s tenacity and determination.  He was a true and passionate advocate for animal welfare and has been described as being one of the characters in the movement.

John received three awards for his contribution to animal welfare:
1) In 2002, he was presented with an Honorary Degree by the Lithuanian State Food and Veterinary Service.

2) On World Animal Day in 2002, the Lithuanian State Food and Veterinary Service awarded John with the Medal of St. Francis for his outstanding achievements in humane education and animal welfare in Lithuania.

3) In 2005, he was awarded the Order of St Michael Medal by the Ukrainian Government.

There is no doubt that John will be greatly missed by the animal welfare community as well as animals, but his legacy will live on through the work that Naturewatch and Naturewatch Foundation continue to do to end animal cruelty.