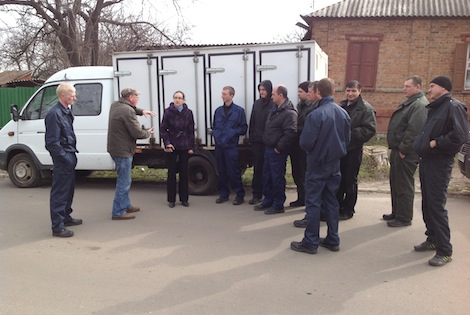 Brian Faulkner observed the dog catchers normal working routine from point of capture to putting the dogs into shelter enclosures to identify shortcomings in their techniques and procedures. On this basis, he provided comprehensive training on:

After this, Mr Faulker observed the catchers using their newly-learned catching techniques to catch stray dogs on the streets and advised them where necessary.

At end the course both parties were pleased by the outcome of the training and the progress made.