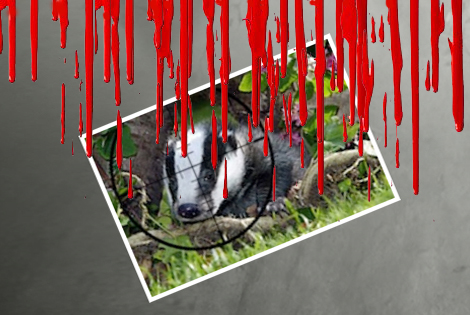 As you will no doubt be aware, the coalition government has reconfirmed it will be going ahead this summer with the two highly controversial trial badger culls!

Defra consistently claims its cull policy is science-led yet the scientific legitimacy of culling badgers has been relentlessly questioned by highly respected scientists, conservationists and Government bodies.  An ever-growing mountain of scientific evidence proves that culling will cost farmers more than it saves them and spread TB into new areas.

Rather than act upon clear scientific advice, our government has instead chosen to twist and reinterpret evidence in order to claim that the mass slaughter of badgers represents an essential, 'science-led' approach.

The coalition programme for government was clear that a badger cull would only be instigated if the evidence supported it.  There has been no new evidence since the agreement was signed, yet it would appear that Defra has bowed to pressure from a section of the farming community who demand something is done, even if there is no evidence to support its efficacy!

At the end of last year, the government’s claim that its plan to cull is ‘science led’ was shot down by Lord Krebs who called it ‘mindless’ and signed a letter with 31 other eminent scientists demanding the government reconsider its plan.  It was Lord Krebs who carried out the 10-year badger culling trial (RBCT or Krebs Trial), at a cost of £50 million, and the final conclusion of this massive trial was that “culling can make no meaningful contribution to the reduction of bTB.”

Last October, MPs debated the issue which resulted in a vote of 147 to 28 against a badger cull.  If our MPs represent the people you have to ask why their view is being ignored by Government! This is Why - With half an eye on getting re-elected, the government is clearly bowing to powerful lobbying by the National Farmers Union who represent the farming industry; an industry which supports the Government and is a major funder of the Conservative Party.

DEFRA is simply using badgers as a convenient scapegoat to keep the farmers happy, rather than facing the challenge of implementing the fundamental changes to cattle farming that are necessary to get bTB under control. Today’s agricultural practices are largely responsible for TB in cattle. Research suggests that the main causes of the spread of bovine TB are the intensive rearing and breeding practices of the farming industry and the wide transportation of cattle. bTB is known to be a stress-related disease and illness spreads rapidly within overcrowded intensive farms and then transportation and markets spread disease around the country.

In the 1970’s bovine TB was almost eliminated, there were only about 1,000 cases and this was achieved through regular testing of cattle, slaughtering infected animals and placing the herd under quarantine until further testing results were clear.  Eleven years of localised badger culling failed to reduce bovine TB any further. In the mid-80’s the annual testing of cattle ended, and during the BSE and foot-and-mouth crisis no testing was carried out.  Many farms lost entire herds and afterwards regulations were relaxed as farms restocked.  Cattle were bought and sold and moved all over the country.  The facts clearly show that it was these relaxations of the movement and testing regimes, not badgers, that are to blame.

Naturewatch calls upon the government to adopt a genuinely science-led policy, focusing its resources into the only long-term solution to eradicate bovine TB:

• Develop fully functional vaccines for both badgers and cattle.  Incredibly, just two months after coming into office, Caroline Spelman (replaced by Owen Paterson) cancelled five out of the six badger vaccination trials started by the Labour government, making it clear that Defra had already made up its mind to cull regardless!

• Improve bio-security measures on farms to prevent transmission of the disease.  For example: minimize badgers interacting with cattle by keeping badgers out of farm buildings, feed stores and bedding; take steps to limit the spread of TB between cattle such as providing good ventilation in livestock housing and not overcrowding animals; keep livestock away from freshly spread slurry/muck and dispose of farmyard manure so that cattle cannot gain access to it; thoroughly clean livestock buildings plus disinfect all buildings where reactor cattle have been kept, including fittings and equipment.

• Double fence all boundaries to prevent spread to neighbouring farms.

• Implement stricter controls on the movement of cattle.

Testing times at Defra! Just a few days ago it was revealed that a cow in Carmarthenshire, which had tested negative to TB for five years, was found to be riddled with the disease when it was sent for slaughter! The level of infection in the cow suggested she had been infected for years but kept passing the skin test and there was nothing to suggest the cow was infected.

This is yet more proof of Defra’s incompetence! With all the modern technology we have at our disposal, it’s disturbing that the skin test that forms an integral part of the Government’s strategy to control bovine TB is completely unreliable! The entire testing process needs to be reviewed urgently and more effective testing methods developed without delay.  I wonder how many other animals this particular cow spread the disease to?  One thing you can be sure of is that the incident in Wales is only the tip of the iceberg! The current skin test is effectively ‘covering up’ a huge hidden reservoir of bovine TB.

You can help stop another fine mess! Defra’s track record is going from bad to worse as they make one bad decision after another.  Remember the woodland fiasco when Defra was forced into a U-turn, brought about by huge public outcry, against the bid to sell 258,000 hectares of publicly-owned forest and woodland!

It’s time for Defra to hold its hands up and admit that a great deal of the blame for the spread of bovine TB lies with today’s agricultural practices. Instead of shifting blame onto badgers, Defra must start listening to science, and get the farming industry to tidy up its own backyard!

Please join our campaign today and make your voice heard.