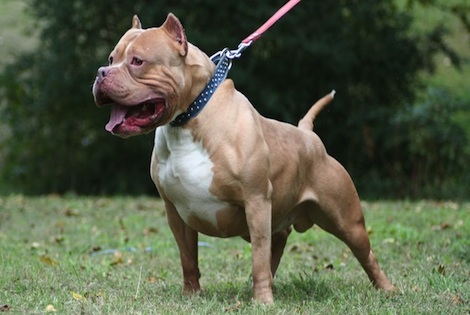 Microchipping is not the answer - Government get-out

All dogs to be microchipped by 2016 - this is not the answer.

In April 2012 DEFRA launched their 'tackling irresponsible dog ownership' consultation. The consultation closed on 15th June 2012. According to the DEFRA website, they aim to publish the results of consultations within 3 months of the closing date. However, the general public and animal welfare arena alike have had to wait 7 months.

If that was not bad enough, the consultation itself was flawed from the outset, as it failed to address a crucial factor in determining a vital element in the problems surrounding dangerous dogs and the UK dog population that currently exist - THE SOURCE. Instead their focus was on micro-chipping as a panacea for dangerous dogs. Naturewatch believes that micro-chipping alone will have little impact on the existing cruelty to dogs by irresponsible owners. Nor will it satisfactorily address the issue of dog bites. We believe also that it will do little to address the overpopulation crisis in rehoming centres.

Despite the fact that many councils and indeed animal shelters are bursting to capacity, the government is demonstrating a lack of motivation to actually deal with the problems. Instead, they hide behind the apron strings of committees made up of leading experts, which they claim to take advice from. These committees do just that, they advise. They have no regulatory authority and have little or no budgetary funding to carry out their recommendations. In theory, DEFRA could do well in heeding the advice from these committees, but in reality they only serve as a smoke screen, allowing DEFRA to employ delaying tactics, sit back on their laurels and take no purposeful action.

DEFRA need to face up to their responsibilities:

The time for DEFRA to face up to their responsibilities is long overdue.

With DEFRAs current track record with regard to their U-turns on the Woodland sell off and the proposed Badger cull is it little wonder that we are awaiting the results of the consultation with little enthusiasm. When they tried to sell our woodlands, which we own, back to us, and they tried to instigate a cull of badgers, without knowing the true count of the badger population, we could be forgiven for doubting their ability to address the true issues surrounding dangerous dogs and the UK dog population.

It is time for DEFRA to step up to the mark. They should address these issues without delay. They should start taking positives steps to meet their responsibilities to the animals. They are, after all, the governing body that ultimately has the power to make realistic changes and improvements that would not only benefit the citizens of the UK but, more importantly, benefit those that they are charged to protect, the animals themselves.