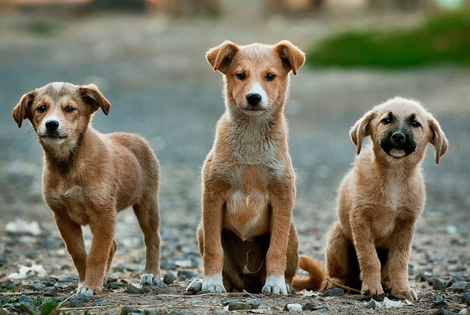 Naturewatch Foundation has strongly welcomed the long-awaited news that the UK government is to update the law to enable tougher prison sentences for the worst animal abusers. The Animal Welfare (Sentencing) Bill, being announced today (26 June) in Parliament, means that animal abusers could face up to five years in prison, a significant increase from the current maximum sentence of six months.

“Naturewatch Foundation has campaigned for many years, alongside other animal welfare charities, for tougher prison sentences to act as a deterrent to people intent on hurting defenceless animals. We are delighted that people responsible for horrendous animal cruelty will now be punished appropriately for their crimes.

This reform in the UK is long overdue. From our training of Police Officers in Ukraine, we know that animal abuse rarely exists independently of other serious crimes. In a recent example in Ukraine, police discovered abusive and threatening behaviour towards family members and the manufacturing of drugs, while investigating the torture of a cat. We hope that tougher prison sentences for animal cruelty will also help protect people and animals from abusers here in the UK.”

In 2018, Naturewatch Foundation launched our Police Training Programme with almost 100 police officers across Ukraine. In this ongoing training, police are learning to treat all animal cruelty crimes as possible indicators of other criminal activity, such as child abuse, domestic violence, murder, drugs or firearms, and how to investigate these linked crimes professionally.

The Animal Welfare (Sentencing) Bill will be introduced into the House of Commons, before moving through to the House of Lords. If passed, it will come into effect in two months after it receives Royal Assent.