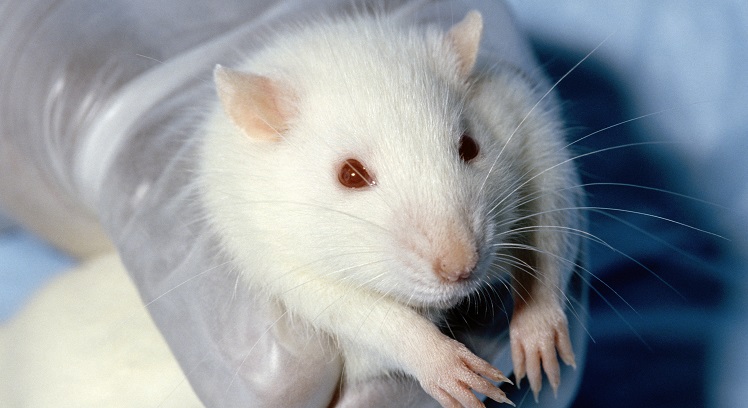 Ask a group of British people about animal testing in the UK. Ask about the scale and purpose of the experiments which take place, and about the methods used on animals, at a rate of over 10,000 per day, and see what answers you get.

What did the experiment involve? What methods did the researchers use? What were animals allowed to eat and drink and how were they accommodated? How did researchers kill each animal at the end of the experiment? What animal management qualifications did the breeders, handlers and researchers hold?

All questions we can’t answer, because of an outdated clause that makes it a criminal offence to disclose such details about animal experiments. 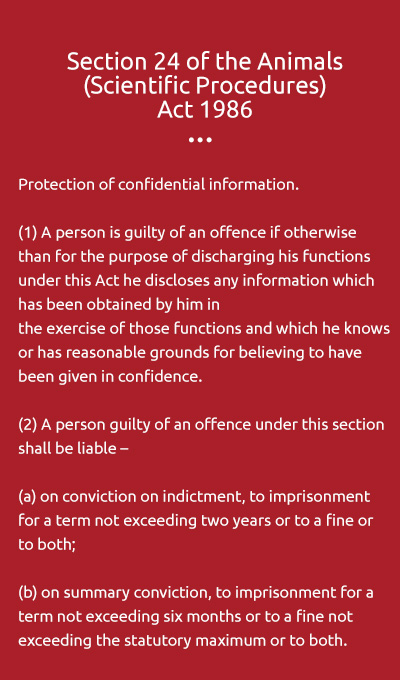 Basic data is published every year by the Home Office, which publishes the numbers of experiments by type and species. But they don’t describe any of the animal welfare conditions which we need to understand.

As taxpayers, consumers and shareholders we pay for each of these experiments, but there’s no way to learn about animal welfare. If we try to find out, appeals for information are blocked under section 24 of the Animals (Scientific Procedures) Act, 1986, the so-called Secrecy Clause. Animal welfare campaigners and the public alike can only guess how test subjects are treated. According to investigations and leaked information from inside labs, all the clues suggest our deep concern is very well justified.

Even if a research institution wanted to disclose information about procedures, they could not do so without breaching section 24.

There are some features of the UK animal testing regime we can be clear about. For example:

The latest information obtained from the Home Office indicates that just 22  inspectors are responsible for ensuring compliance across the country. That’s the proper care and management of 150,000 living beings per inspector per year!

We know that despite a 2013 industry concordat to research the means for describing practices openly, the Secrecy Clause remains intact.

We know that a public consultation by UK Coalition Government in May/June 2014, exploring amendment or repeal of the secrecy clause is at risk of being shelved.

We know that every key organisation, from every concerned sector – including the scientific community – wants section 24 amended, and transparency in animal experiments improved.

The consequences of section 24 are dire. Making it illegal to check animal care in British laboratories renders industry messages about replacing, reducing and refining animal experiments nothing more than a hollow sound-bite.

Urge your MP to repeal Section 24 of the Animals (Scientific Procedures) Act 1986.
Read our report on the history of section 24 and the many delays and missed opportunities to amend it.